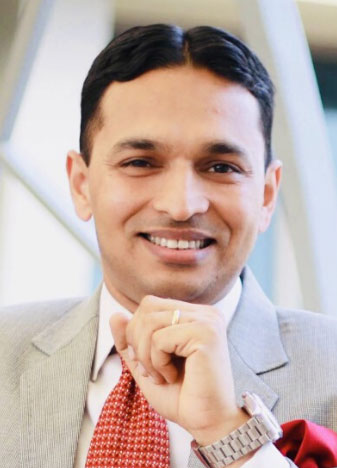 In his previous role, Pankaj was General Manager at Radisson Blu Pune Hinjawadi. He brings with him 22 years of hospitality experience and has been represented at ITB-Berlin and WTM London several times in recent years along with participation in commercial RHG workshops across SE Asia & China Road Show 2019.

21 September 2020 — Rob van der Velden has been appointed as the General Manager of Radisson Hotel & Convention Centre, Johannesburg, O.R. Tambo, which is the first of its kind in Southern Africa. Rob was born in the Netherlands but has spent most of his life in South Africa with an education from Wits Hotel School in Hotel Management.
read more

17 September 2020 — Hall will lead a team of franchise sales and development directors covering the western U.S. Hall has spent more than 30 years in a variety of leadership roles in the franchising business. He most recently served as senior vice president of franchise operations at Red Roof, where he played a key role in improving operating performance to increase hotel and room count.
read more