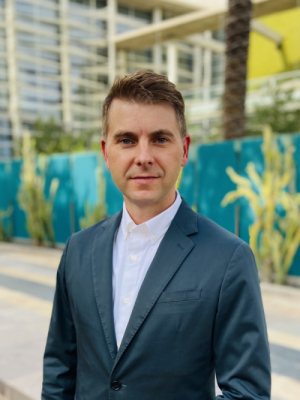 As general manager and chief enthusiast of the soon-to-open Canopy by Hilton Scottsdale Old Town, Devin Mahoney is a veteran of the hospitality industry with more than 16 years of experience opening and bringing to life new hotels in major markets along the West Coast.

Throughout his career, Mahoney has held a number of general manager and leadership positions within the Kimpton Hotels & Resorts portfolio including Kimpton Hotel Palomar Phoenix, Kimpton Hotel Solamar in San Diego and the former Kimpton Amara Resort and Spa in Sedona, where he was awarded the prestigious "Freshman of the Year" award.

With a passion for creating the best-possible environments for both his guests and team members, Mahoney has also worked within a variety of well-respected Arizona hotels including the former James Hotel in Scottsdale, The Boulders, A Waldorf Astoria Resort in Carefree and the Hilton Garden Inn Phoenix Downtown, where he most recently served as general manager.

An Arizona native and an Arizona State University art graduate, Mahoney enjoys mountain biking, home improvements and spending time with his family when not buzzing around the hotel.