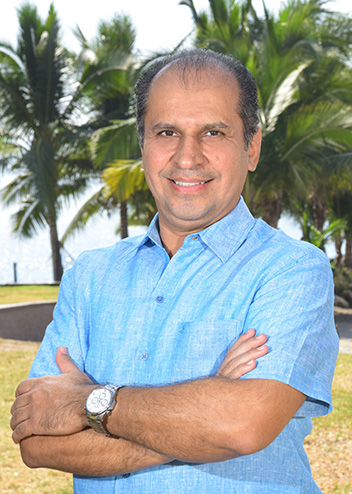 Mexican-born Gauna has more than 20 years of industry experience, having led operations, rooms, sales and marketing teams in Marriott Hotels & Resorts throughout Mexico, the Caribbean, and Latin America. Throughout his career, Gauna has worked for five different brands in the Marriott International portfolio, was named General Manager of the Year for Marriott's CALA region, and sat on the Business Council Chair for Mexico for three consecutive years. In 2011, he oversaw the opening of the 288-room Courtyard by Marriott Mexico City - the largest Courtyard property within the CALA region. Most recently, he was General Manager of Marriott Puerto Vallarta Resort & Spa, and remains Area General Manager for Marriott properties in Puerto Vallarta, Punta Mita, and Guadalajara.