Appointed Senior VP of Sales and Business Development
At The Watergate Hotel in Washington - DC, USA 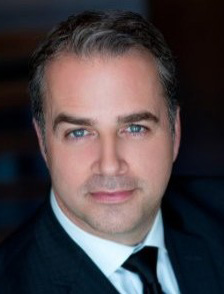 Chocklett will be responsible for oversight of the sales and business development for the hotel and future projects, as well as maintenance of all client relations. This role will be vital in the overall success of the hotel as the management team gets ready to once again welcome guests back following closure due to concerns about Covid-19.

Chocklett re-joins The Watergate where he had previously held the title of Vice President, Sales & Business Development in 2016, before relocating to Beverly Hills, California. An extremely seasoned executive within the luxury hospitality industry, Chocklett has held key sales and marketing positions at Four Seasons Hotel in Washington, D.C., Mandarin Oriental in Washington, D.C., Beverly Wilshire in Beverly Hills and Sagamore Pendry in Baltimore, Maryland. Just prior to rejoining the team at Watergate, Chocklett served as Director of Sales & Marketing at The Ritz-Carlton, Tysons Corner, Virginia.

Recent Appointments at The Watergate Hotel

29 May 2019 — The Watergate Hotel has appointed Ruben G. Rodriguez as its new Vice President of Sales. In this position, Rodriguez will oversee the implementation of annual sales plans and lead the sales team in discovering and targeting new business and revenue streams for the historic property.
read more

17 April 2019 — The Watergate Hotel welcomes Pascal Forotti as the new managing director of the hotel, bringing over 26 years of global, luxury experience having worked in the United States as well as Costa Rica, England, Luxembourg, The Netherlands and Canada.
read more