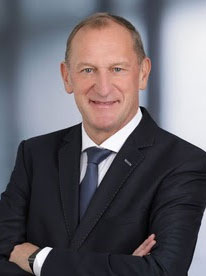 56-year old Richard Engelmayer completed vocational training in the occupation of cook before securing his first managerial position as Assistant Food & Beverage Manager at the Steigenberger Airport Hotel Frankfurt in 1993. After various stints as Food & Beverage Manager, Deputy Director and Hotel Manager at the same hotel, Mr. Engelmayer went on to become its General Manager between 2013 and 2018.

22 January 2021 — Deutsche Hospitality is taking a further important step along its pathway to restructuring. Florian Daniel has been appointed to the newly created position of Chief Information Officer with immediate effect.
read more

15 January 2021 — Norbert Speth has been appointed to the newly created position of Vice President Corporate Strategy & Openings at Deutsche Hospitality with effect from 1 February 2021. Mr. Speth, who has also worked at InterContinental and Marriott, will be responsible in future for the pooling and development of strategic initiatives and will also take charge of the Future Openings Division.
read more