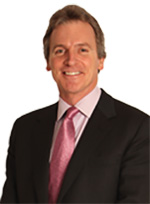 InterContinental Hotels Group ("IHG") [LON:IHG, NYSE:IHG (ADRs)] today announces that Graham Allan is to be appointed as an Independent Non-Executive Director of IHG. He will join the IHG Board with effect from 1 September 2020.

He was Group Chief Executive of Dairy Farm International Holdings Ltd, (a multi-format Asian retailer headquartered in Hong Kong), for five years before retiring from executive roles in December 2017.

From 2003-2012, he was President and CEO of Yum Restaurants International and led the development of global brands KFC, Pizza Hut and Taco Bell in more than 120 international markets. During this time, he served on the IHG Board as a Non-Executive Director from 2010-2012, when he moved to Hong Kong as Chief Operating Officer of Dairy Farm International. Prior to his tenure with Yum Restaurants, he held senior positions in multi-national food and beverage companies and worked as a management consultant at McKinsey & Co. Inc.

Graham will serve on the Audit and Remuneration Committees of the IHG Board. Pursuant to LR 9.6.13R, Graham is Senior Independent Director at Intertek Group plc, and Non-Executive Director of Associated British Foods plc.

6 July 2021 — Bringing over a decade of experience from major hotel chains, the highly skilled Director of Sales & Marketing is putting forward new ideas to one of Cairns' key resort destinations Kim Blain has joined IHG Hotels & Resorts and is taking charge of Sales and Marketing for Holiday Inn Cairns Harbourside, as its reopening has been announced for 7 July 2021.
read more
More from IHG
Map
Advertisements
Never miss a story again
Sign up for the HN360 daily newsletter
Media Kit – Submit Content
Advertisement
Advertisements