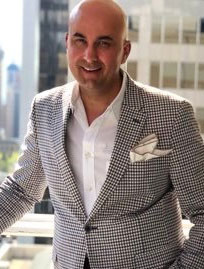 An Indian-born Canadian, Channa's career has taken him all over the globe. Channa speaks six languages, allowing him to bridge cultures with ease. After studying hospitality in Neufchatel, Switzerland, he began his career in Algeria, working in Stewarding. Channa then moved to United Arab Emirates, where he worked in various Food & Beverage roles for Starwood, leading him to his first Director of Food & Beverage position at the Great Wall Sheraton in Beijing, China. A few more leadership moves led him back to UAE, to Kenya, and then back to China where he served as the Hotel Manager at the Sheraton Sanya Resort.

Channa took on his first General Manager role at Le Meridien Port Vila Resort & Casino in Vanuatu, followed by another GM assignment at the Sheraton Udaipur Palace Resort & Spa in India. He then served as Task Force General Manager for Starwood's Brand Assurance Team as well as the Acquisition & Development Team, both for South Asia. Arjun then moved his family to the Americas, taking the role of Hotel Manager at the Sheraton Centre Toronto. It was during this time that he gained experience in the Caribbean as the Task Force General Manager at the Westin Aruba Resort & Casino, as well as the W Vieques Resort in Puerto Rico.

2 August 2021 — The Jaffa, a Luxury Collection Hotel, Tel Aviv appoints Michael Schmid as General Manager of the award-winning, 5 star hotel. Schmid's appointment aligns with the hotel's re-opening on 1 August 2021 when it will once again welcome guests to its luxurious urban enclave in the center of ancient Jaffa.
read more

2 August 2021 — Andrew Cifa leads the sales and events team at the highly-anticipated, dual-branded development consisting of 755 rooms and 45,000 square feet of event space that will be home to both W Philadelphia and Element by Westin Philadelphia.
read more
More from Marriott
Map
Advertisements
Never miss a story again
Sign up for the HN360 daily newsletter
Media Kit – Submit Content
Advertisement
Advertisements