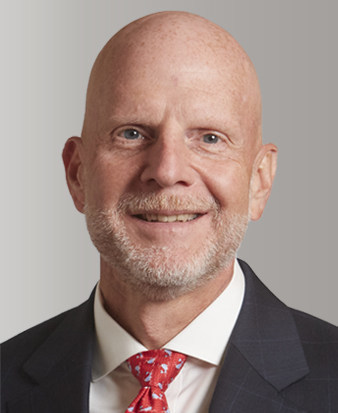 The IHG Owners Association, which represents the interests of IHG® (InterContinental Hotels Group) franchise hotel owners worldwide, announced today that John Muehlbauer has been appointed to the role of chief executive officer.

Muehlbauer will continue to uphold the Association's mission of maximizing owners' investments in their IHG-branded hotels. Additionally, he will serve as the primary liaison between the Association and IHG corporate. Muehlbauer succeeds Don Berg, who has been the Association's CEO since 2015. Berg announced his intention to retire at the end of 2019 and participated in the CEO successor search. Berg will remain with the Association as a consultant for the next six months to ensure a smooth, uninterrupted transition.

Muehlbauer is a Georgia native who brings 25 years of hospitality and service industry experience to his new role. He served in various positions at IHG for 13 years, including roles in distribution, sales and marketing, loyalty and corporate planning. Among his many accomplishments, Muehlbauer was heavily involved in the rebranding of IHG's Priority Club® Rewards to IHG® Rewards Club. Prior to joining IHG, Muehlbauer earned his MBA from Georgia State University and a business degree from Georgia Tech. He then spent 12 years at Delta Air Lines, where he held roles in corporate planning, IT sourcing, consumer marketing and product management, among others.

The IHG Owners Association, originally established by Holiday Inn® founder Kemmons Wilson in 1955, was the first association of its kind in the hotel industry. The global organization currently represents the interests of more than 4,700 owners and operators of nearly 3,700 IHG® (InterContinental Hotels Group) properties in the United States, Canada, Mexico, Latin America and the Caribbean (AMER); Europe, the Middle East, Asia and Africa (EMEAA); and Greater China.
more information
Recent Appointments at IHG Owners Association