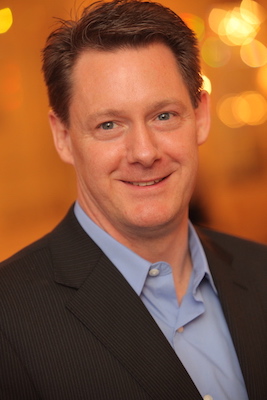 Pendry Hotels & Resorts is proud to announce the appointment of Stephen Blackford as general manager of Pendry Chicago, slated to open spring 2021. Pendry Chicago will be located in Chicago's Loop neighborhood, amid a dynamic collection of cultural attractions, and distinct restaurants and shops. Its central location and proximity to other famed Chicago neighborhoods makes it the perfect launching pad to explore the city. Chicago's vibrancy surrounds the hotel with some of city's best shopping, dining, cultural sights and parks all within easy walking distance. Explore the Chicago River Walk, The Art Institute of Chicago, Willis Tower, The Magnificent Mile, Wrigley Field, Soldier Field and more.

Blackford brings nearly a decade of hospitality experience, specifically in the local Chicago area, to his role with Pendry Hotels & Resorts. Most recently, he served as managing director of St. Jane Hotel, where he oversaw all business operations and was responsible for providing strategic guidance and direction in terms of the hotel's sales & revenue, guest experience, rooms division, food and beverage, and financial performance. He also held the general manager role at The Ambassador Chicago, The James Hotel Chicago, and Affinia Chicago, sister property to The James.

17 December 2020 — Montage Hotels & Resorts is proud to announce the appointment of Michelle Caporicci as general manager of Montage Big Sky, set to open in 2021. With more than 20 years of experience in the hospitality industry, Caporicci will oversee all daily operations of the resort in Big Sky, Montana, located less than one hour from the Bozeman-Yellowstone International Airport and only 45-minutes from Yellowstone National Park.
read more