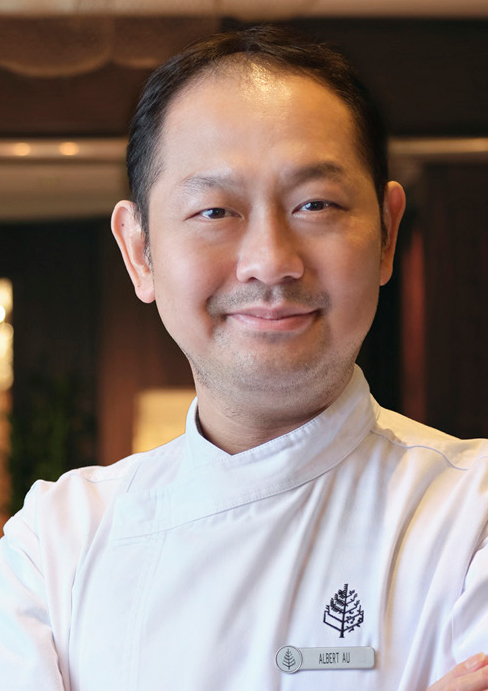 Chef Au's impressive culinary career began at the tender age of fourteen years old. Twenty-nine years later, he remains passionate about the art of fine Chinese cuisine. With a deep respect for fresh, seasonal produce and a passion to bring a dynamic perspective to classic techniques, his indomitable spirit has led him to becoming the world's youngest three Michelin starred Chinese chef when he obtained three Michelin stars in 2014 while at The 8 Restaurant, Grand Lisboa Hotel in Macau and was most recently the Executive Chef for Hong Kong Lai Sun F&B Management Limited, responsible for managing the luxury Chinese restaurants for the group, including China Tang, Island Tang, Chiu Tang, China Club and Tang2.

No stranger to accolades, Chef Au had also won a Michelin star for Island Tang for three consecutive years in 2010, 2011 and 2012. Chef Albert reflects and shares a key moment in his journey - the famous state banquet in 2007 held at the historic Beijing Hotel where his culinary creations were savoured by former heads of state. This defining milestone was the single impetus that continues to encourage him to seek new levels of excellence in his craft. Other honours include the title of Chinese Culinary Art Master by China Hotel Association, and additionally author of notable recipe publications.

26 February 2021 — Richard's career in hospitality started with Four Seasons back in 1998, and the very first hotel was Four Seasons Hotel Los Angeles at Beverly Hills. But inspiration for this step appeared in childhood years during summer holidays in one of the most picturesque fjords, listed as a UNESCO World Heritage Site.
read more
More from Four Seasons
Map
Advertisements
Never miss a story again
Sign up for the HN360 daily newsletter
Media Kit – Submit Content
Advertisement
Advertisements