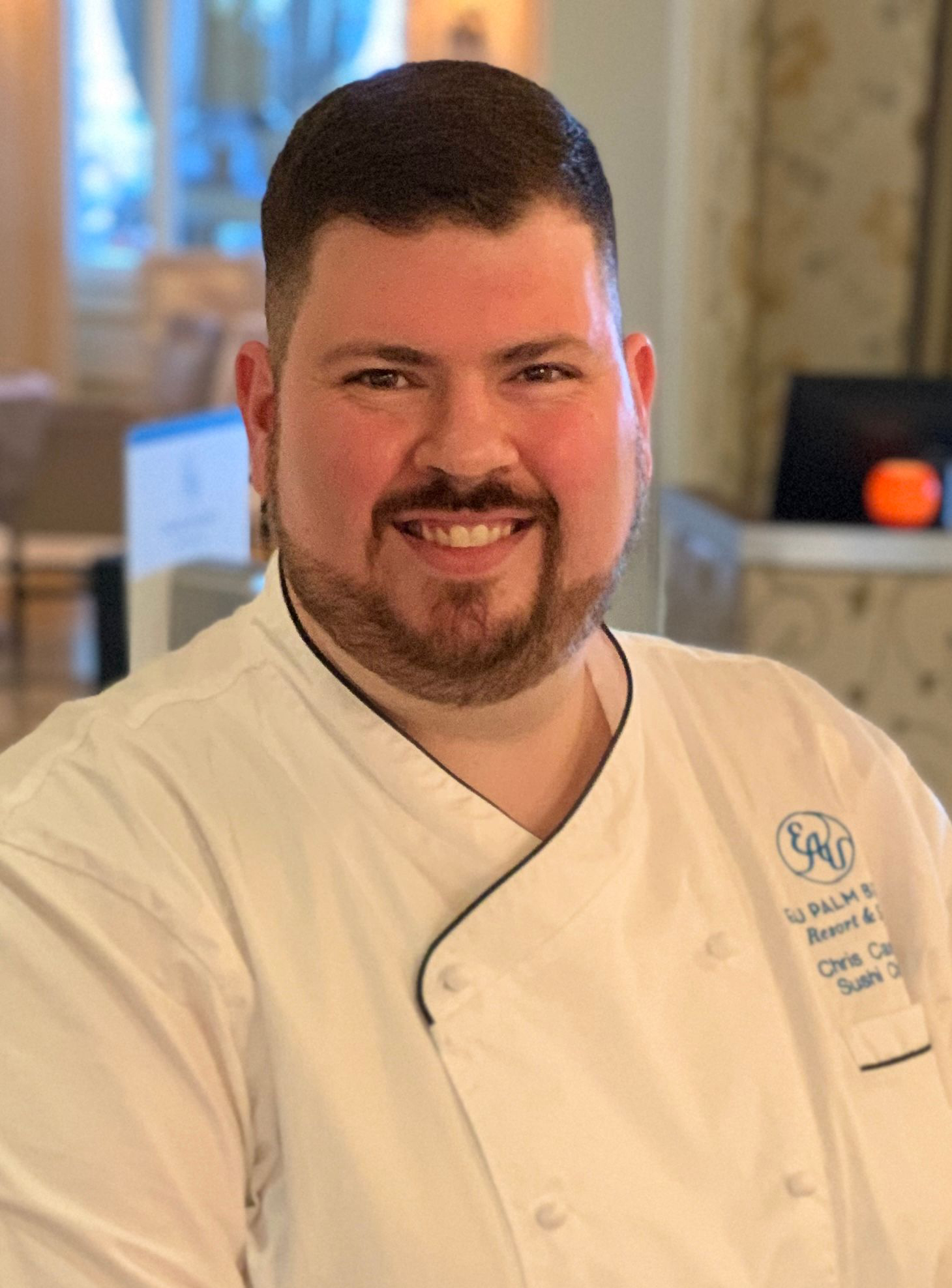 Chef Cantrel has worked in culinary arts for the past 16 years and honed his skills at many fine dining establishments. Originally from Portland, he graduated from Oregon Coast Culinary Institute in the top 1% of his class. Chef Cantrel was first introduced to a wide variety of seafood working in the raw bar of a local seafood restaurant before working his way through the kitchen and up to Chef De Partie. In 2012, Chef Chris left Oregon for a change of scenery to plant Southern roots in Orlando and worked as sous chef at the private Errol Estates Country Club. The position allowed him to grow greatly in freedom and creativity, and he introduced sushi to the menu as a way to grow the clientele.

Chef Cantrel then pivoted to a culinary position at Universal Studios, where he served on the opening team of the renowned destination's fusion sushi restaurant, Cowfish, working directly under the head sushi chef. In 2020, he moved to Palm Beach County and joined Eau Palm Beach Resort & Spa to help the award-winning resort bolster its sushi offerings.

In his personal time, Chef Cantrel is a connoisseur of movies, an avid pickleball player, hobby aquarist and loves discovering new and obscure foods.

1 December 2021 — The largest resort destination in the Florida Keys, Hawks Cay Resort, announces Jordyn Boonie as the newly appointed Director of Rooms. In her new role, Boonie is now responsible for overseeing the housekeeping, front desk, concierge, and guest services departments, along with ensuring that they are running efficiently, and all guest needs are being taken care of.
read more

24 November 2021 — Ed Anonas joins The Hollywood Roosevelt as the new Director of Finance. With a B.S.C. in Accounting from Araullo University in the Philippines, Anonas will leverage his extensive accounting and financial management experience to further the profitability of the hotel.
read more

24 November 2021 — Meda Serban is the new Director of Revenue Management, responsible for maximizing the hotels revenue streams by growing daily rates and increasing occupancy. With a Bachelor's degree in Business Administration and a Certificate in Revenue Management form the Cornell University School of Hotel Administration, Serban began her career at the Montage Beverly Hills before moving on to reputable properties like the SLS Hotel Beverly Hills and the Sofitel Los Angeles.
read more
More from Preferred Hotels
Map
Advertisements
Never miss a story again
Sign up for the HN360 daily newsletter
Media Kit – Submit Content
Advertisement
Advertisements