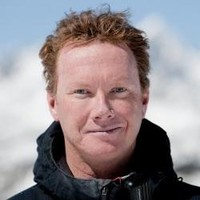 Mark's responsibilities include oversight of all Alterra Mountain Company destination operations, building and organizing the destinations' teams, and working in concert with the COO - Hospitality, to drive the profitability and growth of the company through continual improvement of the guest experience and driving the Key Performance Indicators (KPIs) of the Resorts Division. "For several years, Mark has been a remarkably successful operator of Mammoth Mountain, Alterra Mountain Company's largest destination," said Rusty Gregory, CEO of Alterra Mountain Company. "He is an inspirational leader who is as passionate about the mountains and the company as he is caring about our people. I am proud to promote him to Chief Operating Officer - Resorts."

Born in the mountains of Scotland, Mark is a life-long skier who began his ski industry career in his home country over 35 years ago. After spending time teaching and coaching throughout Europe, New Zealand and Australia, Mark joined the Mammoth Mountain team in 1997. At Mammoth Mountain, Mark held the positions of Head Race Coach, Director of Mammoth Freeski, Snowboard and Alpine Teams, Managing Director of Athletics, VP of Mountain Operations, and Chief Operating Officer. In 2017, Mark was promoted to President of Mammoth Mountain and June Mountain. Mark was named RCOO - Western in 2019.

2 June 2021 — Alterra Mountain Company announced today that Jared Smith has been selected as President of the mountain destination company, effective June 7, 2021. Smith will be responsible for operating and further developing the company's Resort Division for its 15 mountain destinations.
read more

21 May 2021 — Alterra Mountain Company announced today that Amber Broadaway has been selected as President & Chief Operating Officer of Solitude Mountain Resort in Utah. Amber has served as Vice President, Guest Services & Safety, for Sugarbush Resort in Vermont and will move into the position effective June 1, 2021.
read more