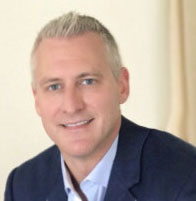 Hirsch comes to Ocean House Collection from Six Senses Hotels Resorts and Spas where he was General Manager of the New York property, leading the development of luxury guest rooms, condominiums, a membership club and food and beverage concepts. With extensive experience in luxury, Forbes Five-Star and AAA Five-Diamond properties, Hirsch served as General Manager at The Dominick in New York and Faena Miami Beach. He was also Regional General Manager of the Americas for COMO Hotels and Resorts, where he led the multimillion-dollar renovation and repositioning of Parrot Cay, the 1,000-acre resort property in the Turks and Caicos. Earlier in his career, he was Hotel Manager and Director of Operations for St. Regis Hotels and Resorts in Miami and Kauai. In addition, he served in leadership positions at the Ritz-Carlton Sarasota and Tigh-Na-Mara Seaside Resort in British Colombia.

Hirsch received his bachelor's degree from Penn State University, where he was a Schreyer Scholar. He also holds a higher education certificate from Cornell University.

Hirsch will officially begin at Ocean House Collection on June 16. He and his wife Ana Maria and son Hayden will reside in the Westerly area.