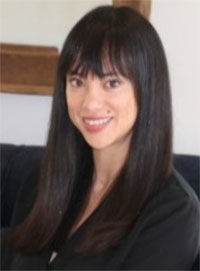 The Opus, Westchester, an Autograph Collection Hotel debuted April 15th with its newly appointed General Manager, luxury hospitality veteran Elizabeth Andrews, at the helm. In her new role, the former modern dancer turned hotel operator will oversee all aspects of the new luxe, artistically forward urban retreat and its daily operations including the 146 guestrooms and 38 luxury suites, food and beverage offerings, immersive programming, indoor rooftop pool and 10,000 square feet of meeting space. Andrews will also have a key role in the training, learning and development of The Opus team.

Andrews is now a veteran of the hospitality industry, with over 20 years of experience, however she began her career as an artist, studying dance at Cornell University and before settling in New York City, choreographing and preforming new works for several years. Her foray into hospitality began in 2001 at 60 Thompson (now SIXTY SoHo) as a Front Desk Agent, moving her way up the ranks and growing the brand alongside ownership over the course of 10 years before finishing her tenure as General Manager of the property. With a newfound adoration for hospitality, Andrews served as General Manager for several boutique luxury properties including Thompson LES (now SIXITY LES Hotel,) Smyth, a Thompson Hotel (now AKA Tribeca,) Paramount Hotel, Gramercy Park Hotel and even a transition to Vice President at The Jade Hotel, which has since become the Walker Hotel Greenwich Village. With each step, Andrews worked to infuse her artistic flare and experience into the ethos of these properties. She now steps into the role of General Manager poised to lead this art-forward property with a spirit of musicality and varied artisan details.

Andrews currently resides in Westchester with her husband and two young children.

Elizabeth Andrews (Class of 2001) is a graduate of Cornell | School of Executive and Professional Education in Ithaca, New York - United States
more information

Crescent Hotels & Resorts is a nationally recognized, top-5 operator of hotels and resorts. Crescent currently operates over 100 hotels and resorts in 36 states in the US and 5 provinces in Canada. Crescent is one of the few elite management companies approved to operate upper-upscale and luxury hotels under the brand families of Marriott, Hilton, Starwood, Hyatt and IHG.
more information
Recent Appointments at Crescent

15 June 2021 — The Westin Tempe, the largest new hotel to debut in Tempe, Ariz. in nearly four decades, has appointed Patti Hunt as the general manager ahead of their late summer opening.As the general manager of The Westin Tempe, Patti Hunt is a veteran of the hospitality industry with over three decades of experience successfully launching and managing luxury hotels within the portfolios of some of the world's leading hotel brands.
read more

1 October 2020 — Born and raised in Texas, Hernandez comes to HALL Arts Hotel from The Joule in Dallas, where she began as a bartender, later assisting in the opening of five on-property dining concepts. Most recently, Hernandez helped lead The Joule's Americano team as assistant general manager of the popular Italian restaurant.
read more

1 October 2020 — In her new role as general manager, Martin oversees all day-to-day operations for HALL Arts Hotel, including hotel and food and beverage services, budget, staffing and leadership, and is responsible for curating and maintaining an unforgettable guest experience for everyone who walks in the door.
read more
More from Crescent
Map
Advertisements
Never miss a story again
Sign up for the HN360 daily newsletter
Media Kit – Submit Content
Advertisement
Advertisements