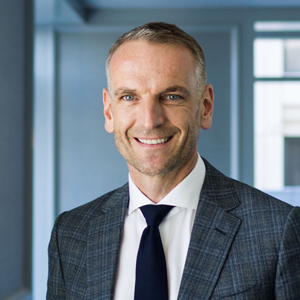 Four Seasons Hotels and Resorts has announced the appointment of Konrad Gstrein as General Manager of Four Seasons Hotel San Francisco. Gstrein takes the helm at the Five-Star address at a unique moment, overseeing the Hotel's reopening and welcoming guests to experience modern and spacious interiors within a 42-storey tower that was the first skyscraper of the 21st century completed in the city.

Born in the skiing destination of Sölden, Austria, Gstrein was working in a local tourism office when he came across a magazine article on Austrians who'd seen success abroad. Among those featured was Thomas Steinhauer, then General Manager of Four Seasons Resort Maui at Wailea, now a Regional Vice President based in Florida. After reaching out to the magazine for contact details, Gstrein was able to arrange an interview with Steinhauer, who offered him a starting position at the beachfront resort.

In 2017, Gstrein became General Manager of Four Seasons Hotel Toronto as the property was honoured with a Five-Star rating from Forbes Travel Guide for the eighth consecutive year and its Spa with its first Five-Star rating ever. He oversaw the launch of Café Boulud by Chef Daniel Boulud, and the debut of the d|azur patio space inspired by the romance and elegance of French Riviera.