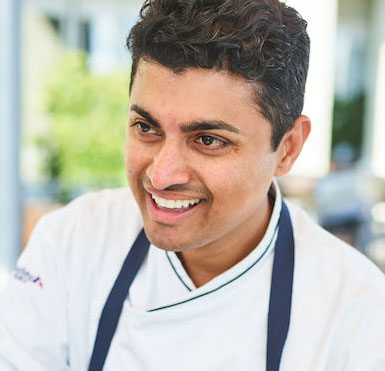 Balboa Bay Resort, Newport Beach's premier waterfront resort, is pleased to announce the appointment of Prabeen Prathapan as executive chef. Bringing more than 17 years of hospitality experience, Prathapan will oversee the development and menu planning of the resort's signature restaurant, A+O Restaurant | Bar, as well as the culinary offerings at the newly debuted Lighthouse Room, an indoor-outdoor gathering space for social events and host of the resort's Seafood Sunday Brunch series. Additionally, Prathapan will be responsible for spearheading the award-winning resort's overall culinary programming, including in-room dining services and private events.

Prior to joining Balboa Bay Resort, Prathapan served as executive chef of Paséa Hotel & Spa in Huntington Beach, where he enhanced the entire food and beverage operation, which resulted in the resort regaining its prestigious AAA Four-Diamond recognition. Previously he held an executive sous chef position at Montage Laguna Beach where he was responsible for overseeing daily culinary operations. He also served as chef de cuisine at Mandarin Oriental in Las Vegas, overseeing MOzen Bistro and in-room dining.

In 2004, Chef Prabeen earned his Bachelor of Science in Hotel and Hospitality Administration from the Institute of Hotel Management and Catering Technology in Trivandrum, India. This led him to gaining experience across the Taj Hotels portfolio, such as management trainee at the Taj Palace Hotel in New Delhi and sous chef at the Taj Fisherman's Cove in Chennai, India. While in India, he was able to master an abundance of regional cuisines, which prepared him for the opening of Taj Boston.