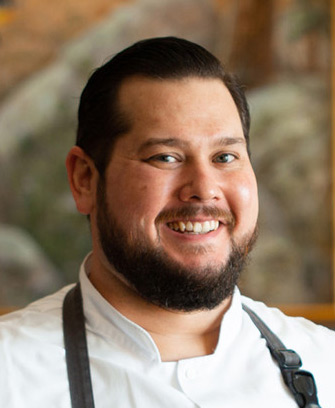 Four Seasons Hotel Seattle, located near the city's iconic attractions and Washington State's only Forbes Five-Star property, announces Michael Grande (pronounced Gran-dee) as Executive Chef. He will lead food and beverage operations, from catering at the Hotel's 10,570 square feet (980 square metres) of event space to in-room dining at the 147 guest rooms and suites.

Goldfinch Tavern, an Ethan Stowell Restaurant, will continue its partnership with Stowell and day-to-day direction will be helmed by Grande and the restaurant staff. Seasonal pop-up restaurants such as the poolside Eventide and private cabana dining will also be overseen by Grande.

While many of us were still deciding our career paths, Grande's started at an early age and his passion for all things culinary evolved into a life-long dream. He attended culinary school at Southern New Hampshire University and after completing degrees in Culinary Arts and Hospitality Administration, he started his journey into the hotel world.

He has worked in various dynamic cities such as Boston, Washington DC, Scottsdale, and most recently in Sacramento where he was the executive chef for Hyatt Regency Sacramento. During his time in Sacramento, he was voted Best Chef by Sacramento Magazine on three separate occasions and won Best Burger in the Sacramento Burger Battle.

New to the Pacific Northwest, Grande is looking forward to enjoying all the hiking trails within and around the Emerald City with his fiancée and exploring restaurants in the various unique Seattle neighbourhoods. Grande is also an avid reader, vinyl record collector, travel nomad, and gardener.