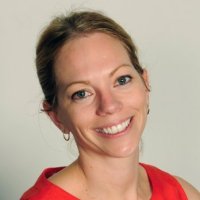 Outrigger Hospitality Group has announced its senior management team that will open three resorts in southern Thailand this high season.

She will be assisted by a dozen or so other managers, soon to be announced, many with area responsibilities in finance, security, HR, engineering and purchasing. The appointments come as Outrigger establishes its presence in three of the most sought-after beach locations in Asia.

Leah Matters has held senior roles with Outrigger in Australia and Thailand since 2008, notably as General Manager of Outrigger Twin Towns Resort and then Resort Manager of the former Outrigger Laguna Phuket Beach Resort, 2015-21.

For more than 70 years, Outrigger Hospitality Group has charted a journey of discovery – expanding from Hawaii to premier resort destinations in Fiji, Thailand, Guam, Mauritius and the Maldives. The privately held hospitality company currently operates and/or has in development 38 properties with approximately 6,500 rooms – inviting guests to ‘Escape Ordinary’ with authentic Signature Experiences and the Outrigger DISCOVERY loyalty program.
more information
Recent Appointments at Outrigger

4 November 2021 — Mr Joerg Hontheim will take the role of Area Director of Food and Beverage, Thailand, based in Phuket. A German national, Hontheim is a Certified Master Chef. He holds a bachelor's degree in hospitality and various certifications, including revenue management from Cornell University.
read more