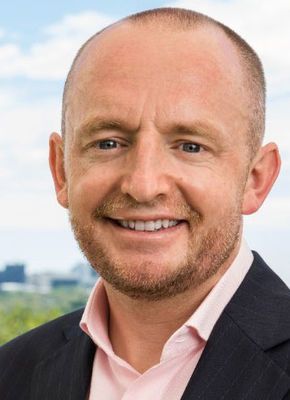 Having enjoyed an illustrious 20-year career with Four Seasons Hotels and Resorts, Martin Cody is set to bring a new dynamic to the two African locations, sharing his passion and experience with the 400-strong team of individuals.

Four Seasons Hotels and Resorts has long been hailed as the ultimate in luxury accommodation, offering unrivalled service and amenities at the world's most sublime locations. What sets the company apart is the dedication and like-minded attitude of every team member, whose collective ideal is to offer their guests a truly memorable experience.

The Golden Rule is more than a corporate sound bite; it is the fundamental principle of Four Seasons. Institutionalised by Founder and Chairman Isadore Sharp, a source of inspiration to Cody, the philosophy is supported by every member of the team.

Cody's loyalty to the company is evident in his impressive tenure. Hailing from Kilkenny in Ireland, Cody went on to study at Shannon College and the National University of Ireland, Galway, and began his professional career in 2001 at Four Seasons Hotel London at Park Lane. Cody's experience and enthusiasm propelled him on a journey to some of the world's most desirable locations, where he grew into progressively senior positions within the company.

No stranger to adventure, Cody is ready to take advantage of his new base and immerse himself in everything that South Africa has to offer.

Cody believes in immersing oneself in the cultural experience of the locations he has served at, a true example of this is the work he has done within the Tanzanian community.

Following a year of uncertainty and devastation, Cody is optimistic about the future of the hospitality industry.

As for his future endeavours, Cody believes there are always long-term prospects.

Four Seasons Hotels and Resorts is dedicated to perfecting the travel experience through continual innovation and the highest standards of hospitality.