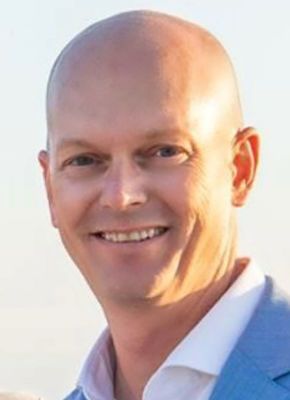 The iconic Kimpton Canary Hotel in Santa Barbara recently appointed Richard Woodrow Cox as General Manager of the hotel, which is currently undergoing an exciting renovation.

With more than 25 years of experience in the hospitality industry and after fully dedicating his career to the hotel management, Richard Cox has been appointed General Manager at Kimpton Canary Hotel in Santa Barbara in May 2022, helping to oversee the property's incredible refresh and new restaurant.

Richard Cox began his career with Grand America Hotels and Resorts in San Diego in food and beverage service and worked his way up through all aspects of hotel business operation, acquiring valuable expertise in all departments. Thanks to his financial expertise and operational experience, he was appointed as Rooms Division Director. His continuous efforts promptly resulted in a significant increase in revenue rising 43%: from 2003 to 2007. In 2006, Richard was given the additional responsibility of Assistant General Manager where he worked closely with the General Manager on the daily operations and initiated strategic milestones such as personalized room amenities, introduced high technology in the Hotel, and obtained the prestigious four star diamond AAA praise hotel award.

In 2008, he was appointed General Manager of the Westgate Hotel, with operational and directional responsibilities for the company's sales and marketing, development of the hotel's policies and staff, as well as management of all the food and beverage outlets and total property financia l results. Richard was integral part of the property's success, where he developed and implemented strategies in accordance with the objectives of one of the most unique properties in San Diego.

As a true believer that a team achieves more than individuals, he encouraged his staff involvement and creativity to better anticipate, meet and exceed guests' needs. His guests being his priority, he focused on interacting, understanding and built his clients' loyalty. At Kimpton Canary Hotel, Richard is tasked with bringing the renovation of the hotel and restaurant, Finch & Fork, to fruition, starting with the lobby, restaurant, rooftop and meeting spaces. Lastly, the property will update the rooms later this year. When not at the hotel making sure everything is running smoothly, you can find Richard enjoying a hike, playing a round of golf or watching a great foreign film.

IHG Hotels & Resorts [LON:IHG, NYSE:IHG (ADRs)] is a global hospitality company, with a purpose to provide True Hospitality for Good.