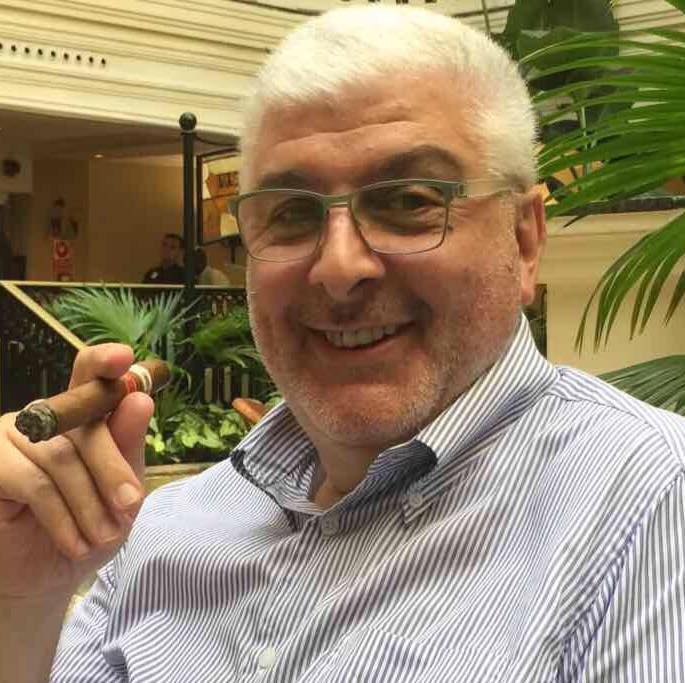 Terence Ronson is the Managing Director of Pertlink Limited. Now residing in Manila after almost two decades in Hong Kong, Terence launched his diversified hospitality career as a chef, later holding various general management positions with well-known hotels in the UK and Asia. In the mid-80s he developed his penchant for technology, and in 2000 started Pertlink Ltd., (Hong Kong) a hospitality technology consultancy, becoming as well the Technology Editor for HOTELS Asia Pacific and authoring since then numerous industry-related articles. In 2001, CNN's eBizasia program featured him for his innovative work at Rosedale on the Park Hong Kong, the first cyber boutique Hotel. It was at that point he originated the first hotel app – HOTELINMYHAND. Terence also helped Langham Place Hong Kong win many accolades for its technology deployment as well as various other well-known hotels across Southeast Asia. In China, Terence was heavily involved in establishing and delivering the IT strategy for Jumeirah Himalayas (Shanghai), Puli (Shanghai), Sofitel Wanda (Beijing), and Guoman (Shanghai). He also participated in the development of the technology vision for Disney Shanghai and Tangula Luxury Train. Terence often chairs and speaks at global industry events and sits on various advisory boards, in addition to holding a Visiting Lecturer position at Hong Kong Polytechnic. He is a CHTP (Certified Hospitality Technology Professional) and runs an active hotel technology blog.

MOON, 12 people have been there, 7 billion want to visit

Space tourism is growing by leaps and bounds and so it was ideal timing for Terence Ronson to sit down with the Co-Founders of MOON World Resorts - Sandra Matthews and Michael Henderson for an informal discussion about their planned MOON project.
Video 2 Dec 2021

HNtv INSIDERS: Hotel ICON ~ The First 10 years And Beyond

A candid but in-depth discussion between Terence and Richard Hatter, GM of Hotel ICON Hong Kong, and Adjunct Associate Professor at the School of Hospitality Tourism Management – SHTM PolyU, about how Hotel ICON came to be and how it continues to live up to its name in the Hong Kong landscape.
Video11 Oct 2021

HN World Panel: The contactless guest journey is here to stay, or is it?

Created as a consequence of COVID-19, CONTACTLESS TECH is at the heart of the paradigm shift that most industries, especially those in Travel and Hospitality have had to lean on to ensure their survival and avert the spread of the virus.
Video15 Sep 2021

Is Netflix a window on the future for Travel and Hospitality?

Raise your hands... those who yearn to get on a plane and fly to some exotic destination. In fact, at this point, anywhere outside the confines of our homes, in any form of transport will do nicely, thank you.
Opinion 1 Feb 2021
Load More
Organization Details