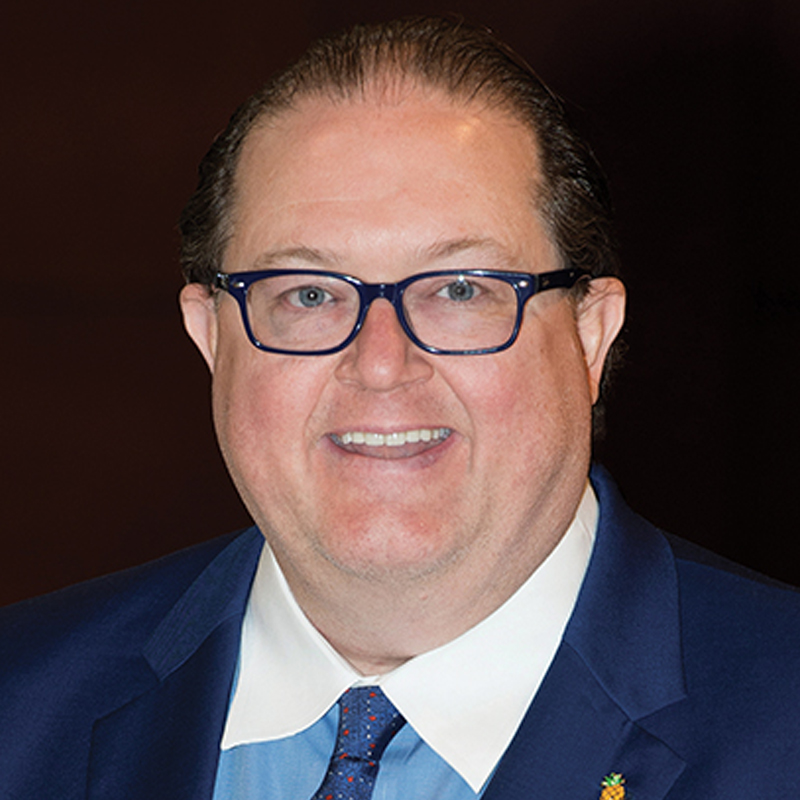 Frank I. Wolfe, CAE is CEO of Hospitality Financial and Technology Professionals (HFTP), which produces the largest hospitality technology conference in the world – HITEC (Hospitality Industry Technology Exposition and Conference). Mr. Wolfe joined HFTP in 1991 and has been at the helm since 1994. At that time, he was one of the youngest association CEOs in North America. In 2000, Mr. Wolfe was honored by Lodging Magazine by being included in the “75 Profiles in Leadership” edition, a who’s who of 75 individuals who have made major contributions to the hospitality industry. In 2002, Mr. Wolfe received the HFTP Paragon Award for his significant and lasting contributions to HFTP and the hospitality industry. In 2010 he was recognized as a "Technology Trailblazer" by Hotel Business Magazine. In June 2011, Mr. Wolfe was inducted into the International Hospitality Technology Hall of Fame for his leadership with various hospitality technology projects, as well as assisting in educating the industry, over the past 20 years.

Hospitality Net introduced a live timeline with relevant and industry-specific coronavirus news, resources and external updates. We asked our contributors to share their professional opinion with you

Get into the blue ocean

What makes your hotel stand out? The secret to success in today’s complex hospitality industry lies in the answer to that question, writes HFTP CEO Frank Wolfe. Many times it seems that the only thing that distinguishes one property from another is the sign on the front of the building.

Will Blockchain Technology put Airbnb, Expedia, and Priceline out of business?

Last month at HITEC Toronto, it would seem that HFTP put Blockchain Technology (BT) right in the middle of hospitality's radar. After some well received education sessions and an announcement by HFTP that an industry task force on the subject was being organized, the "blockchain buzz" began in earnest.

HFTP Publishes 'Hospitality Attacks: Tips That Could Save Lives' via Pineapplesearch.com

Hospitality Financial and Technology Professionals (HFTP®) has released a special report Hospitality Attacks: Tips That Could Save Lives. The feature is available free to the hospitality industry via PineappleSearch.