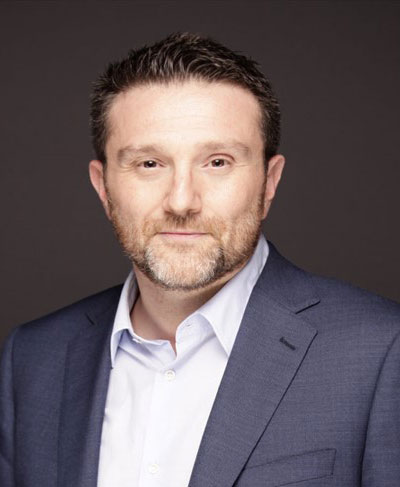 In addition to speaking at events around the world, David’s passion for education has led him to work with various universities including ESSEC, University of Surrey and Ecole hôtelière de Lausanne (EHL) as well as take an active role with industry associations including HEDNA (Co-Chair Hotel Analytics Workgroup) and HSMAI (Revenue Management Advisory Board).

Originally from Glasgow, David was delighted in October 2018 to be appointed as a Global Scot, in co-ordination with Scotands’ newly launched investment & innovation hub in Berlin where he is based, contributing to a worldwide network of entrepreneurial and inspirational business leaders, dedicated to supporting Scotland’s most ambitious companies.

Looking back to some examples from his pre-digital career, David Turnbull notes that the successful hotel brands of today are those that have gone back to grass roots – ones that differentiate themselves by delivering customer-focused campaigns and branded experiences that give their target audience a compelling reason to become and then remain, brand advocates.
Hotel Yearbook 5 Jun 2019

There is an inherent value in brands as a way of reassuring guests of a certain quality due to standards imposed by brands. Especially when going to an unknown location. While online reviews have helped independent hotels for some time it is hard to know what standards the reviewer had.
Expert View23 Apr 2019

wisting Mark Twain's famous "If I had more time" quote, David Turnbull, SnapShot's Founder & Chief Commercial Officer discusses the recent launch of SnapShot's new Data Warehouse as a Service Product, SnapShot on Demand, reflecting on what would happen to the current generation of hotel revenue managers if the pains of collecting and storing data were simply removed.
Opinion 2 Mar 2018

No More Excuses - It's Time For A Change

Until recently, the investment and management of technology in hotels was viewed in the same category as plumbing or air-conditioning - a fixed purchase and set-up that requires only basic maintenance and yearly follow-ups at best.
Opinion26 Jun 2017

Travel is big business. In fact, it is one of the biggest businesses around. In the US alone, travel accounts for over 10% of the country's GDP (World Travel & Tourism Council). But it is a hard business for tech companies, and infamously a very non-friendly market for startups.
Opinion 1 Feb 2017
Load More
Organization Details