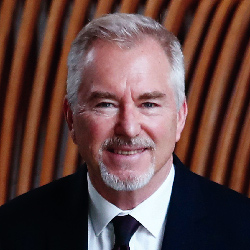 Richard Hatter is the General Manager of Hotel ICON and Adjunct Associate Professor of the School of Hotel and Tourism Management of The Hong Kong Polytechnic University. Richard previously spent 18 years with Shangri-La Hotels and Resorts, where he held senior corporate management positions in development and operations, including as Director of Development and several general manager posts in different Shangri-La properties. He previously worked with Dusit Thani Hotels in Thailand and Gulf Hotels in the UAE, and in luxury hotels in the United Kingdom and Tortola BVI. He began his hotel industry career in 1980.
Organization Details
Insights by Richard Hatter (2)

HNtv INSIDERS: Hotel ICON ~ The First 10 years And Beyond

A candid but in-depth discussion between Terence and Richard Hatter, GM of Hotel ICON Hong Kong, and Adjunct Associate Professor at the School of Hospitality Tourism Management – SHTM PolyU, about how Hotel ICON came to be and how it continues to live up to its name in the Hong Kong landscape.
Video11 October

Richard Hatter is the GM of Hong Kong’s Hotel ICON. He understands that to succeed with Millennials, hoteliers must deliver personal attention that appeals to this demographic’s tech-savvy, highly developed sense of self.
Hotel Yearbook12 Oct 2014
Organization Details