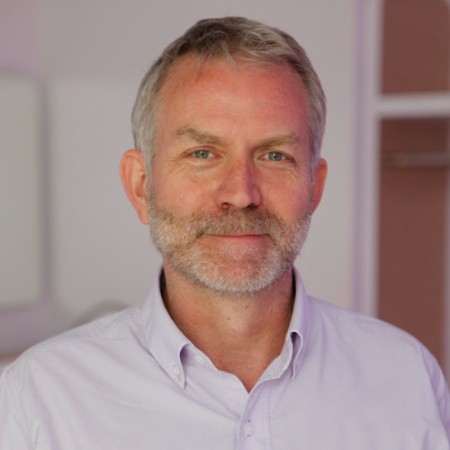 Prior to YOTEL, Fergus headed up eBusiness for Virgin Atlantic, and was responsible for sales optimisation on the market leading and award winning www.virginatlantic.com web site which generated over £300m pa, and for the mobile channel, live chat, web analytics, voice of the customer and the global affiliate programme.

Fergus held senior roles in British Airways and headed up projects in BA’s Brands & Product Development department who created the market changing flat beds in business class. He also was one of the founding members of “eBA”, BA’s dotcom startup in 2000 which later transformed into BA.com which now turns over £2B pa.

In short, yes, but the problem hotels will have is the quality of the data and getting it into a repository in a meaningful, normalized, standardized way. Many legacy hotel systems are hell-bent on not allowing hotel staff to get at their own data, at least not at a reasonable cost.
Expert View30 Sep 2020

Are there any quick-fix IT solutions for hotels in the post-COVID new normal?

RPA - Robotic Process Automation - is growing quickly. It is an application of technology, governed by business logic and structured inputs, aimed at automating business processes.
Expert View19 May 2020

Should hoteliers develop in-house or outsource IT applications and solutions?

I'm squarely in the camp that hoteliers should outsource to professional IT partners. I remember in one of my previous hotel companies that a senior ops director seriously suggested that we should develop our own PMS.
Expert View 3 Dec 2019

Artificial Intelligence… Where could and should AI be adopted in our industry?

AI is a popular subject at the Royal Institution where I'm a patron and it is the World's oldest science charity (set up by Michael Faraday in 1799) and it is based in Albemarle St in Piccadilly.
Expert View10 Jun 2019

The Death of Yesterday’s PMS: Embracing the New Normal

The original PMSes were the equivalent of an ERP - Enterprise Resource Planning tool. They were monolithic bits of software that tried to do everything and failed in most things. Start from scratch and build outwards from the customer/guest and redesign processes around stays of varying durations (hours to months) and “hire” of assets and spaces.
Expert View 3 Jun 2019
Organization Details