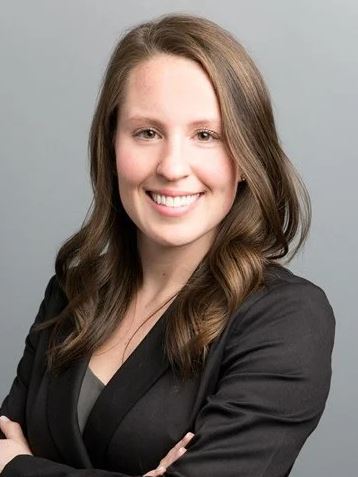 Kim Conlon, a Vice President with HVS Philadelphia, has completed numerous hotel appraisal and consulting assignments throughout the Mid-Atlantic region, specifically in Philadelphia and its surrounding cities, as well as Delaware and New Jersey. In addition to the Philadelphia market, Kim’s expertise extends to valuation, market, and feasibility consulting in New York City, particularly in the booming outer boroughs that surround Manhattan, including Brooklyn and Long Island City. During her time at HVS, she has published articles on emerging cities such as Jersey City and Philadelphia. Kim earned her Certified General Appraiser license mid-year 2019. She got her start in hospitality as an intern with the Courtyard by Marriott at the University of Delaware while earning a BS in Hospitality Business Management. She went on to work in food and beverage roles at the Westin Gaslamp Quarter hotel in San Diego, Caffe Gelato Restaurant & Catering in Newark, and Big Fish Restaurant Group, where she served as manager at the company’s Riverfront and Glen Mills restaurants.

Amid a worldwide pandemic, the lodging industry is facing a downturn that is greater than the past two lodging-market declines combined. During the Great Recession, Philadelphia's occupancy fell three points from approximately 65% in 2008 to 62% in 2009; in 2020, occupancy dropped from the 2019 benchmark of roughly 70% to 44%, reflecting a 26-point correction.
Opinion 9 February
Organization Details