The Hoxton is a series of open-house hotels inspired by the diversity and originality of the streets and scenes that surround them. Just like our doors, our minds are open too. Ever since we opened our first hotel in Shoreditch, way back in 2006, we’ve never just been about offering a bed for the night. We want to be more than that: providing a place where guests can hangout alongside the locals and submerse themselves in the neighbourhood with vibrant, welcoming public spaces. The Hoxton, Shoreditch changed the hotel model, proving style didn’t need to be sacrificed for value and that honest pricing is still very much at the heart of everything we do. We opened our second hotel, The Hoxton, Holborn in 2014, followed by The Hoxton, Amsterdam in 2015 and The Hoxton, Paris in 2017. The Hoxton will land in the US in 2018, opening its doors in Williamsburg, Portland, and LA, followed by further openings in Chicago, Southwark, Shepherds Bush and San Francisco in 2019 and 2020.

Other Brands by Ennismore

Scheduled for Spring 2023196 RoomsWien, Austria
The Hoxton, Vienna will be located in Stadtpark in a striking 1950s modernist building which has an interesting history as the former headquarters of Austria's Chamber of Commerce.
Pipeline25 MayThe Hoxton

Scheduled for Winter 2022237 RoomsEngland, United Kingdom
The Hoxton, Shepherd's Bush will come as the fourth Hoxton in its hometown of London, and marks the first time heading west for the East London-born brand. The hotel will be located on Shepherd's Bush Green, in the heart of the eclectic neighbourhood, well placed near White City and Portobello Road, and with great transport links for exploring London.
Pipeline25 MayThe Hoxton

Scheduled for Summer 2022198 RoomsBruxelles, Belgium
Occupying a brutalist-style tower building and the former European headquarters of IBM, The Hoxton, Brussels will have 198 70s inspired rooms; a lofty double height lobby, bar and restaurant; a rooftop bar/terrace; and The Apartment meeting and events space — all designed by Ennismore Design Studio.
Pipeline25 MayThe Hoxton

Scheduled for Summer 2022239 RoomsBerlin, Germany
The Hoxton, Berlin will be located in Charlottenburg in West Berlin, a neighbourhood loved for its great food and eclectic cuisines, and just a few minutes from the popular Kurfürstendamm (Ku'damm) shopping area.
Pipeline25 MayThe Hoxton

Scheduled for Spring 2022240 RoomsBarcelona, Spain
The Hoxton, Barcelona will have 240 light and airy bedrooms; a sprawling ground floor restaurant, bar and terrace, a shaded rooftop taqueria and pool; an events space in the basement that will host local cultural programming; and The Apartment, the brand's unique and multi-functional meeting and events space.
Pipeline25 MayThe Hoxton

Scheduled for May 2021192 RoomsRoma, Italy
After a particularly challenging year for the travel industry, The Hoxton eagerly awaits brighter days ahead and will open its doors in Rome in the spring. Coming as the 10th hotel for the brand, The Hoxton Rome will boast 192 bedrooms, a large coffee bar and takeaway counter, a light-flooded restaurant, and a beautiful outdoor terrace perfect for lapping up that Italian sunshine.
Pipeline28 JanuaryThe Hoxton

Hotels have been hit hard by the pandemic. How can they fight back?

Frame's editor at large sits down with Youri Sawerschel, founder of brand strategy and design agency Creative Supply, to talk about the future of hotels, post-pandemic.
External22 Dec 2020

Accor & Ennismore today announced they are entering into exclusive negotiations to form the world's leading lifestyle operator in the hospitality sector, focusing on one of the fastest growing segments of the industry.
Press Release25 Nov 2020 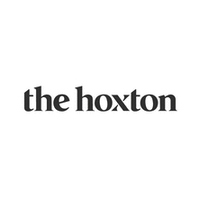 The Hoxton is expanding further across Europe with two new hotels set to open in Berlin (2022) and Vienna (2023). This comes off the back of a busy period for the hotel brand with five openings across the US (New York, Portland, Chicago and LA) and UK (London) over the past 18 months.
Press Release28 Feb 2020
Load more
Organization Details