Under the terms of the Merger Agreement, which was approved by the Company's

shareholders at an extraordinary general meeting held onJune 26, 2013, all of the Company's ordinary shares (including ordinary shares represented by American depositary shares ("ADSs"), each representing three ordinary shares issued) issued and outstanding immediately prior to the effective time of the merger have been cancelled in exchange for the right to receiveUS$4.60per ordinary share (a "Share") orUS$13.80per ADS, in each case, in cash, without interest and net of any applicable withholding taxes, except for (a) certain Shares held by each of Mr. Boquan He, Mr. Nanyan Zheng, Happy Travel Limited, Mr.Chien Lee, Ms.Qiong Zhangand Mr.Minjian Shi(collectively, the "Rollover Shareholders") as set forth in a support agreement, dated as ofFebruary 28, 2013, entered into by the Rollover Shareholders, Holdco and Parent; (b) Shares (including Shares represented by ADS) beneficially owned by Parent, the Company or any of their respective subsidiaries; and (c) Shares reserved for issuance and allocation pursuant to the Company's share incentive plan, all of which Shares (including ADSs corresponding to such Shares) under (a), (b) and (c) have been cancelled for no consideration.

New York Stock Exchange (the "NYSE") to be suspended beginning onJuly 8, 2013. The Company requested that the NYSE file a Form 25 with the Securities and Exchange Commission (the "SEC") notifying the SEC of the delisting of its ADSs on the NYSE and the deregistration of the Company's registered securities. The Company intends to terminate its reporting obligations under the Securities Exchange Act of 1934, as amended, by promptly filing a Form 15 with the SEC. The Company's obligation to file with the SEC certain reports and forms, including Form 20-F and Form 6-K, will be suspended immediately as of the filing date of the Form 15 and will cease once the deregistration becomes effective.

inChina. It converts and operates limited service economy hotels across major metropolitan areas inChinaunder its award-winning "7 Days Inn" brand. The Company strives to offer consistent and high-quality accommodations and services primarily to the growing population of value-conscious business and leisure travelers who demand affordable, clean, comfortable, convenient and safe lodging, and to respond to its guests' needs. 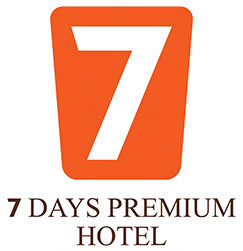