Founded in 1956, MHI has grown from one hotel in Mallorca to an international Company boasting more than 375 properties in 42 countries worldwide.

Originally built in 1972 by the world-renowned architect, Oscar Niemeyer, the famous 'Hotel Nacional' will re-open as a flagship property for the Gran Meliá brand. Gran Meliá Nacional Rio has been classified by the Brazilian Government as a building of historical importance.

Gran Meliá Nacional Rio will be fully renovated, maintaining many of the hotel's original features. It will boast 413 rooms and suites with refined décor and breathtaking views of the city, two restaurants, three exclusive bars, a rooftop helipad, as well as extensive leisure, wellness and lifestyle facilities. The roof terrace will offer 360-degree views of the city and the ocean, making it the perfect sunset spot.

In 2018, the hotel will launch its 129,000-square foot conference and events facility accommodating up to 4,000 delegates across 12 meeting spaces and a business centre.

Meliá Cabo Real will be transformed into Paradisus Los Cabos in a dramatic renovation that will see the existing property converted and upgraded. Paradisus Los Cabos will be set on 14.5 acres surrounded by a private golf course (Cabo Real Golf Course), picturesque mountains and 25 minutes from San Jose del Cabo International Airport. It will be situated on one of the largest swimmable beaches in the Cabo Corridor.

Paradisus Los Cabo's will offer one of the largest conventions centres in Cabo, scheduled to launch spring 2017, featuring a 1,100-person capacity ballroom and 10 breakout spaces. A variety of outdoor areas, including the gardens, pool area and beach, will be available to book for events accommodating up to 3,000 guests.

Meliá Hotels International continues its international growth in Colombia, one of the most dynamic markets in Latin America, with the opening of the Company's fourth hotel, Meliá Cartagena de Indias. Cartagena, an up and coming location on the Caribbean coast, is a prime destination for holidays and business events as the old town is named as UNESCO World Heritage site.

INNSIDE Doha, Qatar (Q3 2017)
INNSIDE Doha will be in a prime area, next to the new Qatar National Museum, new Doha Metro station, government and commercial offices, with views of the West Bay skyline and within easy access to Doha's Hamad international Airport.

The hotel will have 192 rooms, a signature restaurant, lobby lounge, business centre, fitness suite with a spa, a rooftop terrace with a pool deck area and a club food and beverage concept on the 13th floor. INNSIDE by Meliá hotels are perfectly adapted to the needs of modern city travellers, offering a combination of business lifestyle, cutting-edge design, and smart technology with personalised, simple and efficient service.

Gran Meliá Huravee will be located on the beautiful island of Kalhudiyafushi, 40 minutes from Male International Airport, surrounded by virgin coral reef in an atoll known for offering some of the best sea fishing spots in the Maldives.

The hotel will boast 95 private villas and 100 rooms, three restaurants, a bar and café, spa facilities, sports centre and several shops. In addition, exclusive private events or romantic dinners will be available to experience on a smaller nearby island.

Situated in the striking Opus building, ME Dubai will be located at the heart of the up-and-coming Burj Khalifa District. Designed by late Zaha Hadid the hotel will become an architectural icon in the Dubai skyline.

ME Dubai was Zaha Hadid's first project in which she designed all of the interiors and exteriors to showcase her vision of interconnectedness. The hotel will boast 100 guest rooms and suites, exclusive international F&B outlets, serviced apartments, a rooftop bar and wellness centre.

Meliá Serengeti Lodge, Tanzania (Q3 2017)
Meliá Serengeti Lodge will be Meliá Hotels International first state-of-the-art sustainable hotel. It will be located on the natural terraces on the southern slopes of Nyamuma, with spectacular views overlooking the peaceful valley of the Mbalageti River. The hotel will be situated in the Serengeti National Park, the oldest and most popular National Park in Tanzania, on the western border of Lake Victoria, a World Heritage Site.

The hotel will have 50 rooms, communal lounge areas and restaurants with views of the infinity pool and Serengeti National Park. Meliá Serengeti Lodge will offer a perfect viewpoint for the annual migration of one million blue wildebeest, lions, leopards and 250,000 zebras, which pass through the valley every year in search of water and cooler pastures. It will be the first hotel designed to operate self-sufficiently without the need to obtain power or water from third-party companies.

Sol Beach House Phu Quoc, Vietnam (December 2016)
Nestled in a beautiful tropical garden, Sol Beach House Phu Quoc will be the first Sol Hotels & Resorts property to launch in Vietnam. The hotel will have a privileged location on the Truong Beach, a prime beach destination, just south of the main town of Duong Don. It will also be 15 minutes from Phu Quoc International Airport.

This stylish resort will offer 284 rooms, all boasting private balconies with panoramic views of the ocean, as well as three restaurants and two bars. Sol Beach House Phu Quoc will focus on relaxation of both the body and the mind. Guests can join a range of day programmes, including tai-chi, meditation, local cuisine workshops, diving and a beach jogging club.

Meliá Shanghai Hongqiao will be part of a major urban complex that will feature a wide range of commercial and entertainment facilities, dining outlets, green areas and high-end residential villas. Situated in Hongqiao, an area expected to become the new centre of west Shanghai and a business hub for the Yangze River Delta region. Additionally, the hotel will be near the world's largest exhibition complex, the National Convention.
The hotel will consist of 190 rooms, spacious meeting rooms, an executive lounge, plus food & beverage outlets.

INNSIDE Glasgow, United Kingdom (Q4 2017)
INNSIDE Glasgow will be located in the old British Telecom headquarters. The building will be transformed into a four-star hotel with 175 rooms, restaurant and bar, meeting rooms, wellness centre and car park. Situated on Argyle Street, near Central Station, the hotel will have excellent transport connections to all the attractions in the city.

The hotel will have contemporary design-led interiors, sporting a muted colour palette with flashes of bold colour, as well as open, spacious guestrooms. It will also have four meeting and event spaces, including a conference venue, intimate meeting rooms and breakout area, hosting up to 100 delegates.

Gran Meliá evokes the essence of Spanish culture: simple pleasures, connection with the earth, respect for things well done and a discreet elegance perceived in every corner. This philosophy is materialized in each of the elements that shape the Gran Meliá experience.
brand information 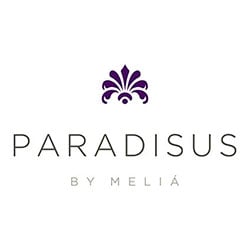 Located at some of the most famous or emerging tourist locations in the world, Paradisus resorts transport their guests to a paradise that reflects the natural beauty of their destination. Aware of its responsibility to nature, Paradisus by Meliá is strongly committed to the environment surrounding its resorts, and integrates into it in a balanced manner.
brand information

ME by Meliá is a collection of hotels in which culture, lifestyle and The ME People community come together to create an inimitable personality. ME hotels, present in cultural and trend capitals, reflect with their own voice the spirit of contemporary European culture.
brand information

At Meliá Hotels & Resorts we put our soul and our passion into everything we do so that our guests can live a unique experience, full of the warmth and the hospitality that are so typical of our Spanish origin.
brand information

The select boutique hotels of INNSIDE by Meliá emanate character and personality with a design conceived for and adapted to the lifestyle of work trippers. At INNSIDE, the boundaries between work and leisure disappear.
brand information

Resort hotels where you can enjoy fun holidays in top tourist destinations like the Mediterranean, the Caribbean and the Canary Islands. Sol Hotels are resort hotels for everyone, including couples, families, friends and children.
brand information
Other Brands by Melia