DAMAC Hotels and Resorts, the hospitality arm of DAMAC Properties, signed a key partnership agreement with Rotana Hotel Management Corporation, a leading regional name in hospitality, on the opening day of the 26th Arabian Travel Market, the region's premier international travel and tourism event. Under this agreement, DAMAC Towers Arjaan by Rotana, Riyadh, an architectural landmark in the heart of Riyadh, featuring luxury hotel apartments furnished by Fendi Casa, will be operated under the Arjaan Hotel Apartments by Rotana brand.

Ali Sajwani, General Manager of Operations at DAMAC, said, "Our partnership with Rotana will help us realise our vision of offering unrivalled investment opportunities in the hospitality industry. The Kingdom sees continued growth in the travel sector, which is driven primarily by leisure, pilgrim, and corporate visitors, and we are confident that this partnership will translate to renewed value for investors and differentiated experiences for our guests."

Acting CEO of Rotana, Guy Hutchinson, said "We are proud to be signing this agreement with DAMAC and to be participating in the Kingdom's development journey towards Vision 2030. The partnership confirms our commitment to achieving the goals of the National Transformation Program 2020, which entails the activation of the Kingdom's regional and global role as a commercial and economic centre, as well as a destination for tourists and investors alike."

The agreement with Rotana, with a footprint that now crosses the Middle East, Africa, Eastern Europe and Turkey, will further boost investors' confidence through an attractive rental pool programme. DAMAC Towers Arjaan by Rotana, Riyadh is the first property to be included in the agreement and comprises of two towers that offer deluxe serviced apartments and a collection of penthouses.

The partnership between two of the region's most prominent home-grown brands also highlights a shared commitment to service the thriving hospitality market of Saudi Arabia. This rise in tourism is attributed to the Kingdom's ambitious Saudi Vision 2030 roadmap that emphasises diversifying its economy with increased investments in infrastructure, real estate and tourism sectors. International arrivals to the kingdom are expected to increase on average by 4 per cent per year, reaching figures of 22.1 million by 2025. Earlier this year, DAMAC's Chairman, Hussain Sajwani, expressed interest in new plots in Saudi Arabia. Around the same time, Rotana also laid out its plans of stepping up efforts to expand its footprint in the Kingdom. 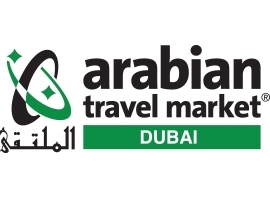 Rotana currently manages a portfolio of over 100 properties throughout the Middle East, Africa and Turkey, with an aggressive expansion plan in place. Rotana has chosen to acknowledge how precious time is by making all time spent in their range of hotels 'Treasured Time'. This means Rotana has pledged to understand and meet the individual needs of all guests. In so doing, Rotana has evolved its product brands to include, Rotana Hotels & Resorts, Centro Hotels by Rotana, Rayhaan Hotels & Resorts by Rotana, Arjaan Hotel Apartments by Rotana and The Residences by Rotana. Treasured Time. The Rotana promise to you.

Further information on any Rotana property, its brands or reservations can be obtained by visiting rotana.com or by contacting one of the regional sales offices.