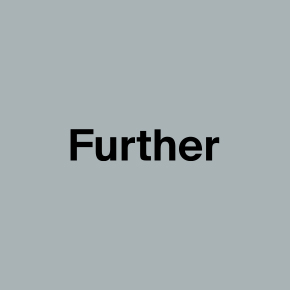 Berlin - Since its launch two years ago, Further has been transforming selected Design Hotels™ properties into temporal hubs of thematic exploration, bringing together artists, writers, scientists, artisans, farmers, designers and other place-makers for site-specific gatherings. Now, with a freshly-launched platform and an ambitious, conceptually driven global agenda, Further will continue its journey in 2019 with a series of cross-disciplinary, temporal investigations tied to the inherent culture and history of the given destination: from the shores of Mykonos to Kazbegi, Georgia and Tokyo's Shibuya neighborhood. The co-creations—from artist profiles and interviews to Further-produced artworks, performances, and other exclusive video content—is now online and ready to share. This digital journal will also play host to editorials focusing on topics such as new food movements, the preservation of craft traditions, and the future of festivalization.

Born from the central insight that a hotel can be far more than mere accommodation, Further turns them into platforms for inquiry and exchange, bringing diverse creative communities into deep dialogue with the history, culture, and natural environment of a destination. Part creative residency, part cultural exchange, part immersive hospitality experiment, Further's ultimate aim is to create deeper, more meaningful engagement across the fields of hospitality and travel.

Initiating 2019's purpose-driven programming, this February saw Further: New Sanctuaries encompass a bicoastal itinerary that brought poets, musicians, artists, and thought leaders to historic and contemporary sanctuary spaces in New York, the Sonoma Coast, and Los Angeles. Beginning in upstate New York, a diverse group of young, talented poets and artists convened at Troutbeck, a reactivated manor estate in the Hudson River Valley that once served as an important creative retreat, welcoming Mark Twain, Langston Hughes, Ralph Waldo Emerson and Henry David Thoreau, among others. In testament to this heritage and to Troutbeck's enduring role as a creative and social hub, Design Hotels™ curated Further Troutbeck: The Poet Society, a writers' retreat bringing together some of today's most exciting young poets. Collaborators included Safia Elhillo, author of The January Children, which received the 2016 Sillerman First Book Prize for African Poets, Hieu Minh Nguyen, who writes often about his identity as a queer Vietnamese-American, and Fatimah Asghar, the award-winning poet and creator of the popular web series, "Brown Girls."

Next, Further traveled to a dramatic stretch of Sonoma coastline, where Timber Cove was first conceived as a 1960s-era meditation lodge and artist colony by the celebrated architect Richard Clements. Born of the utopian spirit of the time, it became an incubator and retreat for the growing creative scene that had coalesced in California on the heels of the sexual revolution and anti-war movement. Further Timber Cove: The Expanding Artist, celebrated this lineage by uniting a group of talented musicians, including experimental Ghanaian artist Jojo Abot, alternative R&B singer Jesse Boykins III, and nomadic indie folksinger Bedouine, for a creative itinerary tied to the natural and cultural environment.

The two projects culminated in Further Los Angeles: New Sanctuaries, an open symposium at NeueHouse Los Angeles where the Further residents brought together their experiences at Troutbeck and Timber Cove to reflect more deeply on "new sanctuaries," places both physical and figurative, natural and designed, where we find renewal, shelter, communion, and expressions of the sublime.

The evolution of Further will continue among the amber-hued fields and pine-fringed coves of the Cyclades, for Further Mykonos: The Eternal Festival, taking place June 7-9. The concept centers around a large-scale figurative sculptural installation created by South African artist Daniel Popper that is inspired by the small island of Delos (southwest of Mykonos), the mythological birthplace of Apollo and the seedbed for the Delia, widely considered to be the first cross-cultural festival. To mark the sculpture's unveiling, a weekend-long cross-cultural gathering will feature an array of performances and panel discussions around contemporary art and architecture, the preservation of musical and dance traditions, and the history of Delia and Delos.

A truly global mission, the Further narrative will continue to unfold in some of the world's most spectacular settings: from the dramatic highlands of Kazbegi, Georgia, to the pulse-quickening streets of Tokyo's Shibuya neighborhood. Design Hotels™ has long been a pioneer within the hospitality industry and beyond, continuously challenging the status quo and remaining at the forefront of experiential travel, of which Further is the natural progression. Both a beacon for the nomadic creative community and a force for industry disruption, join us for the evolution of a movement. Go Further.

Design Hotels™ represents and markets a curated selection of more than 300 privately owned hotels across the globe. Design Hotels offers them an international platform as well as comprehensive services: Conception, positioning, marketing, sales and other services and measures to optimize their revenues. As part of a worldwide creative network Design Hotels provides for innovation and exchange of ideas among its members, guests and visionary people from other branches. None of the Design Hotels members equals another. Each one has its own character, history and kind and manner how it blends in with the environment. All houses are connected through their uniqueness. They are formed by their creators, hoteliers, architects, designers and other creative minds whose passion form unrivalled events based on good ideas.

In 2015, Design Hotels™ joined forces with Starwood Preferred Guest (SPG®), enabling its member hotels to have both a greater and more selective reach while offering its Community the benefit of a prominent loyalty program. Since February 13, 2019 Marriott International unites the former SPG®, Marriott Rewards® and The Ritz-Carlton Rewards® into the leading loyalty program of the industry: Marriott Bonvoy. Members can earn and redeem point in participating Design Hotels™ members.