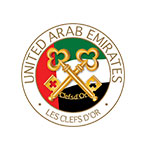 In an effort to educate and inspire the concierges and the hospitality ambassadors in Oman, the Executive Committee of Les Clefs d'Or UAE and the Oman Concierge Group have organized an extraordinary Educational Day with Mr. Michael Romei, Honorary Member & Global Trainer, Union International des Concierges d'Hotel (UICH) and Chef Concierge of Faena Hotel Miami Beach.

The Educational Day was attended by more than eighty hotel concierges, hospitality ambassadors and students from Oman Tourism College. Mr. Abey Sam, the Zone Director of Les Clefs d'Or Arabian and Western Asia and the National President of the UAE Section, has emphasized the importance of building relationships as one of the keys to become an effective and invaluable concierge.

Mr. Romei has delivered a training called "Creating Service Magic" that is all about the importance of having an emotional connection with guests, including personal touches in every interaction, encouraged the concierges to continue developing themselves, go out and learn new things including technology and to always give back to the community. He also discussed the history of Les Clefs d'Or, the strict requirements of becoming a member and everything about this prestigious organization, and shared wonderful stories that bring the essence of the role of the concierge to life.

A very special part of the event was the pinning ceremony of Mahdi Al Alawi, Chief Concierge of Crowne Plaza Muscat and Zahraa Al Boughanmi, Concierge at the Ritz Carlton Al Bustan Palace Hotel, who both received the golden keys and became a full member of Les Clefs d'Or.

Mr. Randy Santos, the 2nd Vice President of UICH International was present to honor the event and commended the destination for what it's natural beauty and encouraged the concierges to showcase this to the tourists that visit Oman. Furthermore, he discussed the roles of the International Executive Committee, the importance of Educational Day and the Corporate Social Responsibility program of the association.

The Educational Day that was held at Shangri-la Barr Al Jisshah Resort & Spa was the first one that was conducted in Muscat and was another milestone achieved by Les Clefs d'Or UAE and Oman Concierge Group.