In 1995, when the internet was still in its infancy, Hospitality Net founder Henri Roelings saw an opportunity for distribution innovation. After graduating from Lausanne Hotelschool and working for Accor’s IT Division in Paris, Henri set out to launch hospitalitynet.nl in 1995, as a reference site linking to relevant resources for professionals in the hospitality industry. In 1998, Henri was joined by current CTO, Davy Schoon, and, together, the pair launched Hsyndicate.org in 2000. The development of Hsyndicate.org was especially monumental for our industry, as it represented the first content distribution platform to come to market, effectively serving B2B intelligence to the top-20 hotel groups. This was, as Henri and Davy would soon realize, only the beginning.

1995 - The genesis of Hospitality Net
Hospitality Net's origins go back to the end of 1994 when founder Henri Roelings worked at PROLOGIC (Accor's IT division based in Paris). At that time we used Netscape browsers.
The purpose of Hospitality Net was to create a non-commercial online resource that just included relevant industry-links to other industry-relevant websites. In July 1995 the website went live using its own domain name hospitalitynet.nl. The initiative was backed by XXLink.
Click here to see how Hospitality Net looked like back then. 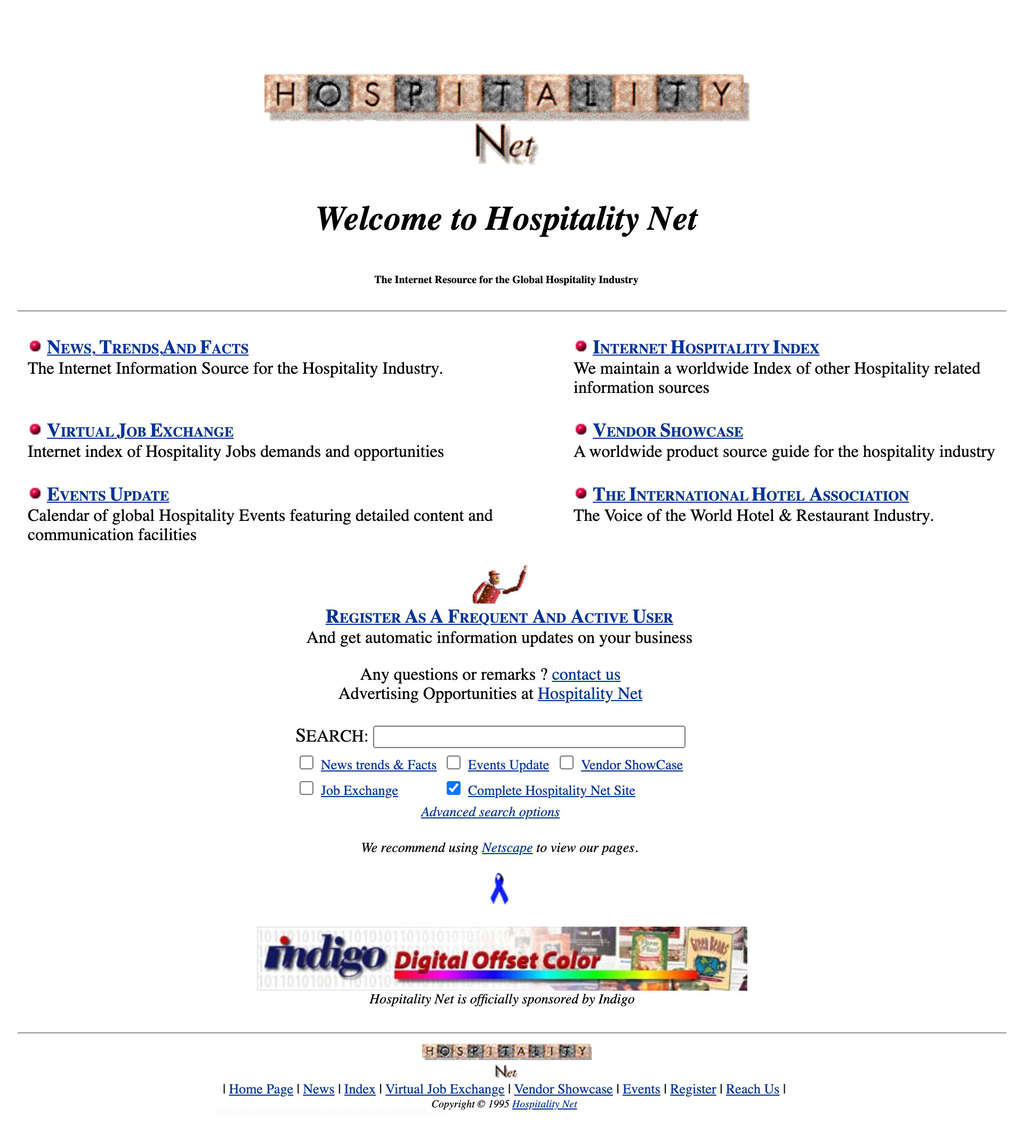 Right from the start, Hospitality Net has been publishing content around the quickly developing role of technology in the hospitality industry. As such, it was only a logical step for Hospitality Net to start developing a partnership with HITEC, the largest conference and tradeshow dealing with tech in the hotel industry.

In 1997 we also established a partnership with HSMAI Americas, feeding daily updated intelligence in the fields of revenue management and digital marketing.

In parallel with HITEC and HSMAI, Hospitality Net also launched a global partnership with the International Hotel & Restaurant Association (IH&RA), serving daily industry news on IHRA's website. Henri Roelings served on the IHRA board from 2005 through 2020.

Inspired by the hype of WIRED Magazine, wiredhotelier.com was designed to deliver crucial info on web-trends to an ever-growing audience of hospitality professionals. Design was by Dutch design firm R&RCommunication. The site merged into hospitalitynet.org by 2010. 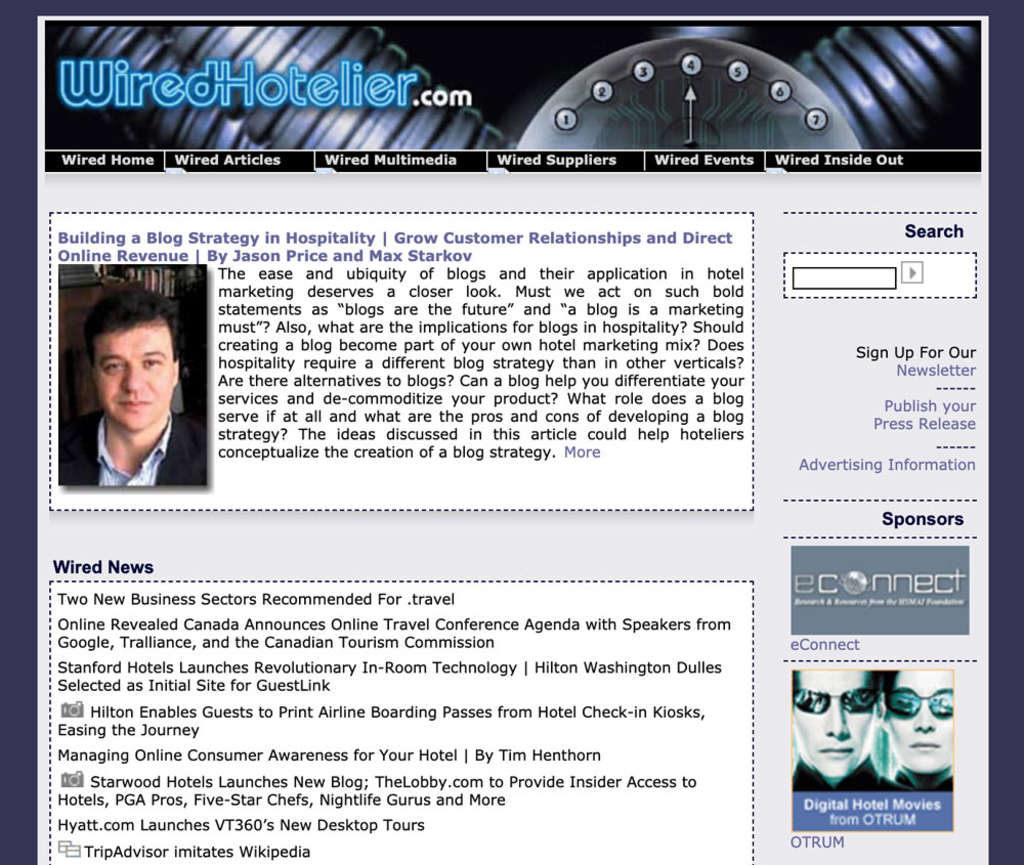 2000 - Launch of the Hsyndicate initiative

Right after the dot.com bubble, Hospitality Net re-invented itself with the introduction of Hsyndicate.org. The purpose of the initiative was to create a brand and organization around Hospitality Net's activities of syndicating content to 3rd parties such as major industry associations, hotel groups, and universities. Clients included Starwood Hotels, Cornell University, Lausanne Hotelschool, and Accor. Hsyndicate as a brand merged into hospitalitynet.org early 2020.

In 1999, we introduced HITEC Online Studio… broadcasting live interviews from the HITEC showfloor. Over the next 5 years, our host Kevin Heilbronner interviewed hundreds of industry executives talking about the world wide web, client-server architecture, Y2K, PMS, RMS and more... 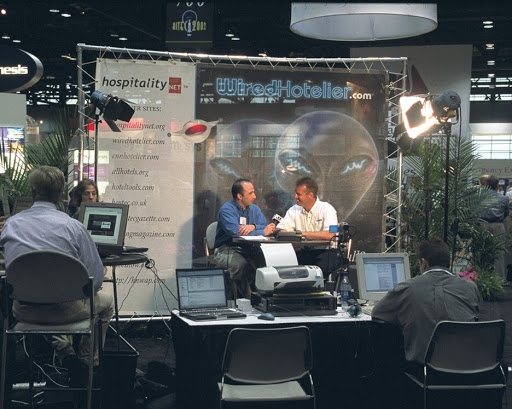 In a partnership with HFTP.org, we envisioned a virtual conference & tradeshow for technology under the name ONHTEC (Online Hospitality & Education Conference). The site was designed by Dutch designer Guus Vrencken at agency extralarge.nl. For over a year, the online conference featured recorded and live education sessions. Looking back, the initiative was a true industry-first, well ahead of its time. 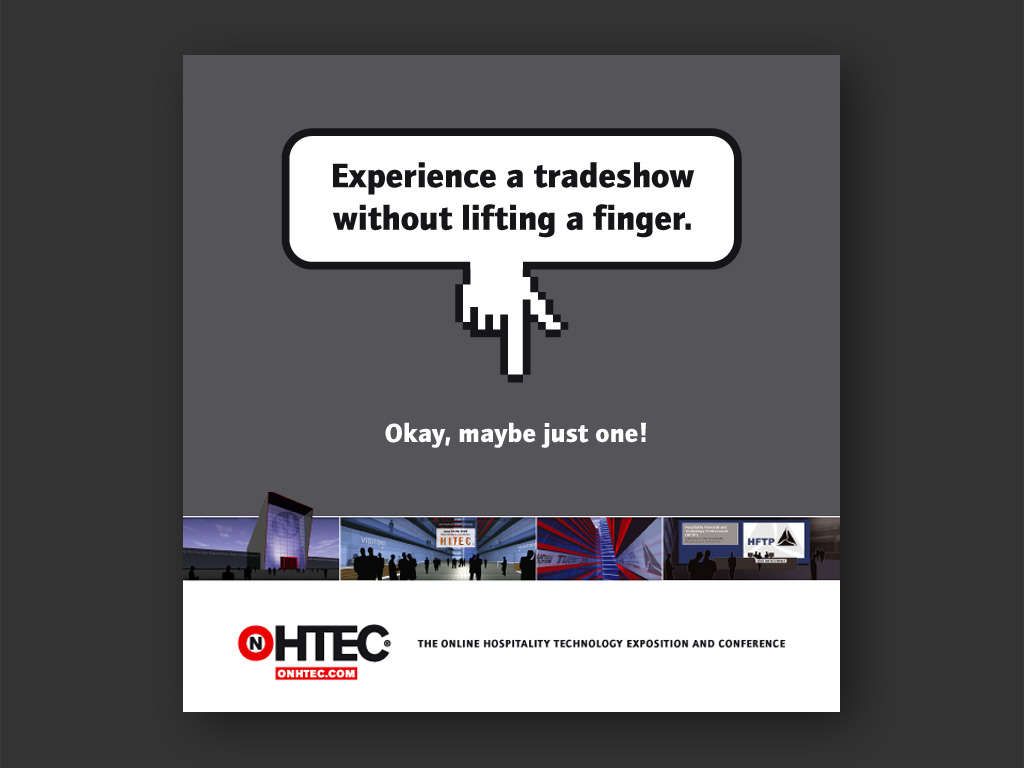 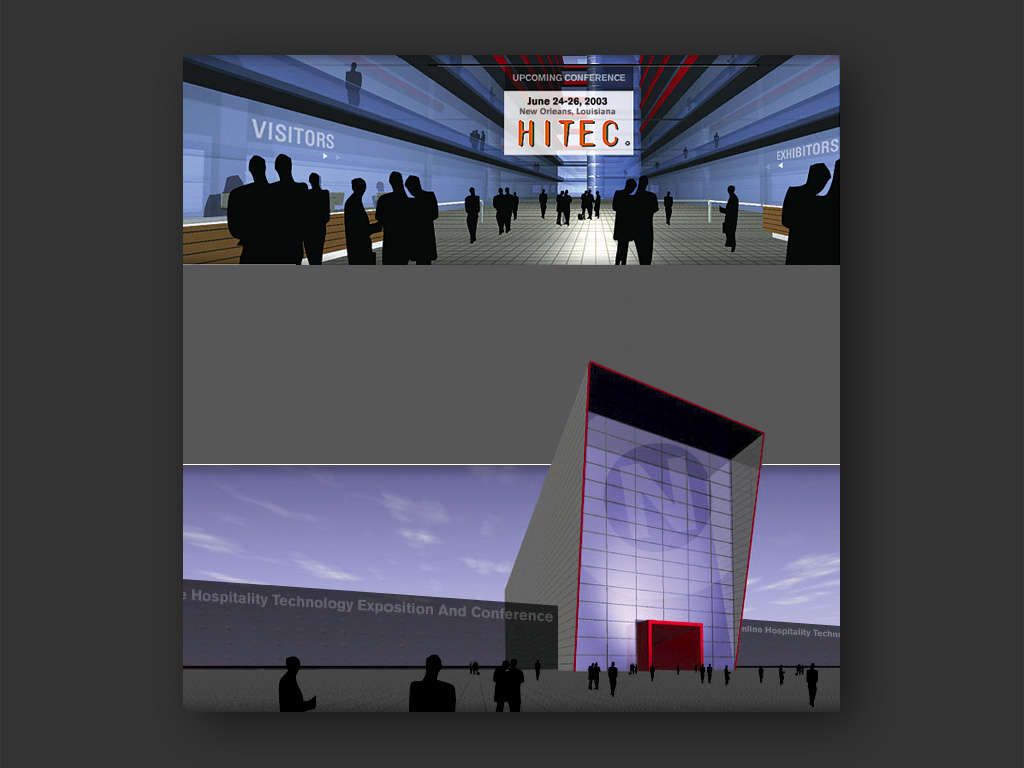 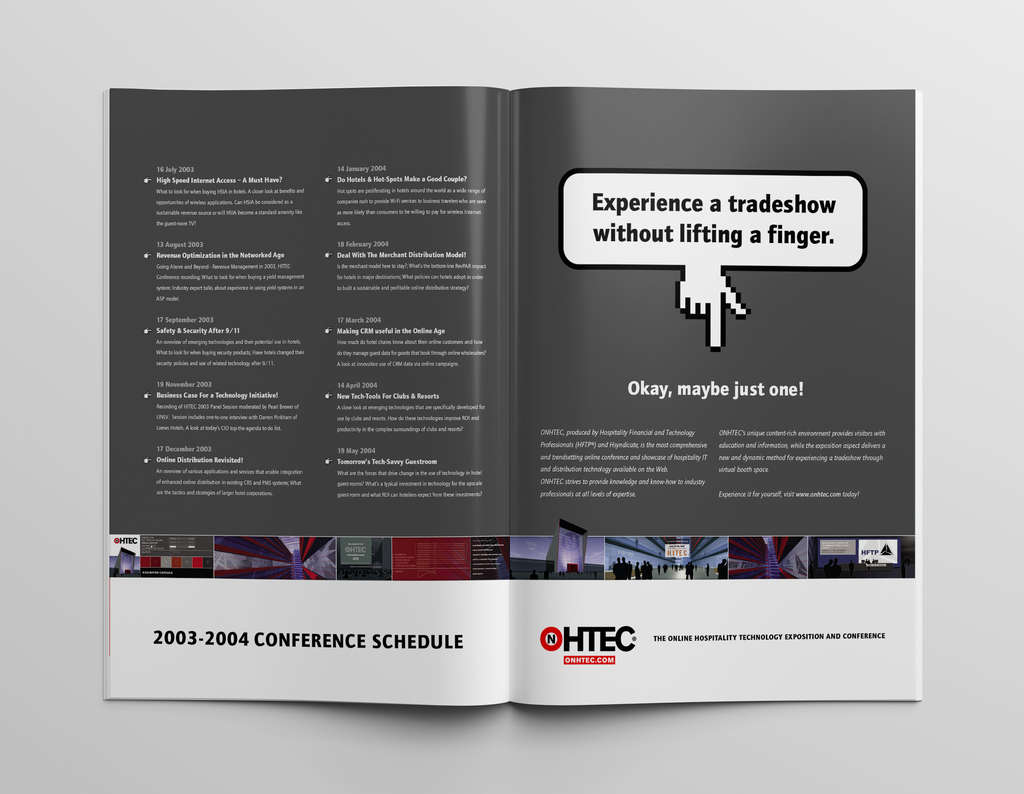 Hotelschools.com aimed to provide a search mechanism for global studies in hospitality. Unfortunately, the site could not find enough support among schools, as they were not realy interested in online marketing back in 2004. Eventually, the website merged into Hospitality Net late 2010. 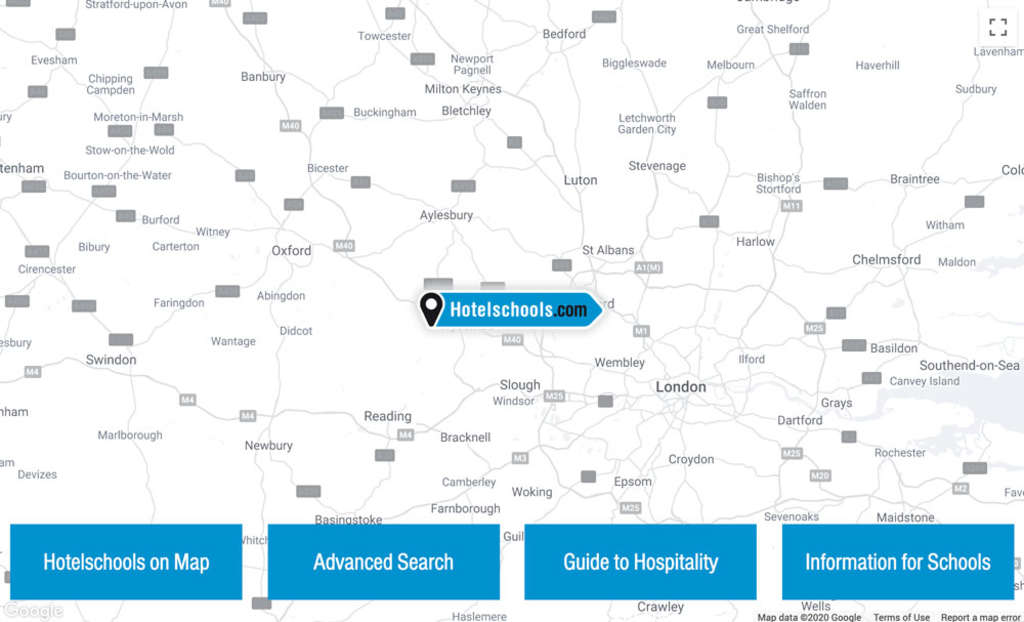 When Facebook and LinkedIn were still in their early days, we envisioned WIWIH.com (Who Is Who In Hospitality). The site aimed to serve as an online networking platform for global hospitality professionals. After 3 years, the site served 30K users from around the world, and organized in-person networking events (called WIWIH Circles) In New York, Hong Kong, Dubai, and London. In 2009 the website was discontinued due to the fact that we simply could not keep up with ultra-fast developing capabilities of deep-pocketed Facebook and LinkedIn. 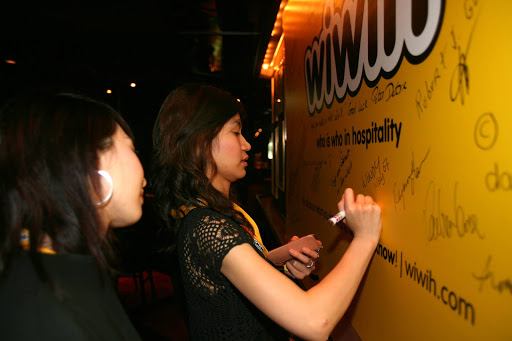 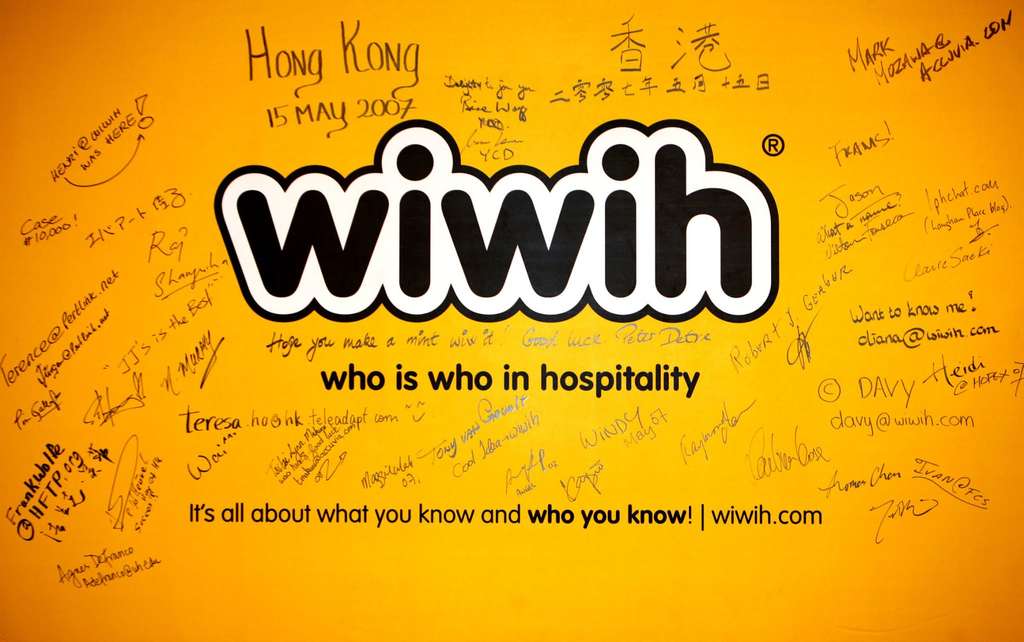 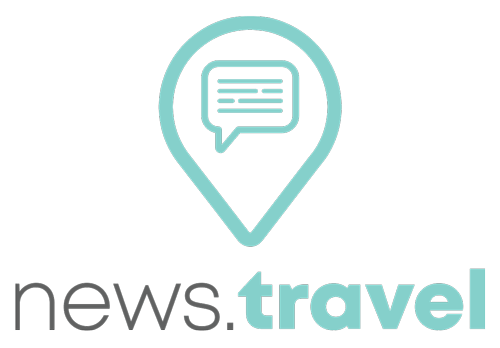