The Group is an international hospitality company which owns and develops hotels and resorts, operates the Park Plaza® brand in EMEA and owns the art'otel® brand. All of the Group's hotels operate under the Park Plaza® or art'otel® brands, with the exception of some within the Arena Hospitality Group. The Group has an exclusive license from the Radisson Hotel Group, one of the world's largest hotel groups, to develop and operate Park Plaza® hotels in Europe, the Middle East and Africa. The art'otel® brand is wholly owned by the Group. The Group has a controlling ownership interest (51.97% of the share capital) in Arena Hospitality Group d.d., one of Croatia's best-known hospitality groups whose shares are traded on the Zagreb Stock Exchange. The Group's portfolio of owned, leased, managed and franchised hotels comprises 39 hotels offering a total of approximately 9,000 rooms and eight campsites, offering approximately 6,000 units. The Group's development pipeline includes two new hotels in London, which are expected to add an additional 500 rooms by the end of 2022.
Brands operated by PPHE Hotel Group 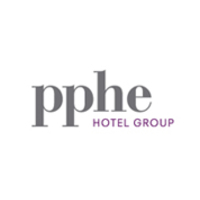 Led by its company values of trust, commitment, and care, PPHE Hotel Group has developed and implemented a host of industry-leading initiatives to support team members, guests, and the communities it operates in before, during, and currently as the pandemic crisis eases.
Press Release 8 September

PPHE Unlocks £113.7 Million Of Equity Through A Joint Venture With Clal Insurance

PPHE Hotel Group is pleased to announce that it has agreed terms to enter into a joint venture with Clal Insurance (“Clal”), one of Israel’s leading insurance and long-term savings companies, in respect of Park Plaza London Riverbank and the art’otel london hoxton development, two of the Group’s prime London assets.
Press Release24 June

Park Plaza hotels has prepared for the safe return of meetings, events and conference clients with the launch of its dedicated 'Reassuring Meetings & Events' programme: designed to enhance the robust safety measures already in place across its estate.
Press Release17 February

PPHE Hotel Group, the international hospitality real estate group which develops, owns and operates hotels and resorts, the majority under the Park Plaza brand, is welcoming guests safely back to its hotels following the launch of its 20-step 'Reassuring Moments' programme working alongside Radisson Hotel Group.
Press Release24 Jul 2020