Launched in 2013, OYO is India’s largest hospitality company. Its network currently spans over 230 Indian cities including all major metros, regional commercial hubs, leisure destinations, and key pilgrimage towns. It also has an international presence with hotels in Malaysia and Nepal. The company’s vision is to become the most preferred and trusted hotel brand in the world. OYO was founded by Ritesh Agarwal, the first resident Asian to be accepted to the Thiel Fellowship (started by Paypal founder Peter Thiel). He was featured in Forbes 30 under 30 in Consumer Tech (2016) for creating a global disruptor. OYO was recently chosen as India’s Most Promising Hotel Network (HolidayIQ Better Holiday Awards 2017) and has received several accolades including Express IT Startup of the Year Award (2015), NDTV Dream Chaser of the Year (2016) and IAMAI Digital Startup of the Year (2016). It was recognized by Business Today as among the Coolest Start-Ups in India (2016) and ranked by LinkedIn as one of the top employee attractors in India two years in a row (2016, 2017). OYO is backed by leading global investors, including the SoftBank Group, Lightspeed India, Sequoia Capita, Greenoaks Capital, Hero Enterprise and China Lodging Group.
Brands by OYO Hotels & Homes

OYO Rooms CEO Ritesh Agarwal discusses the effects of the pandemic on the India hotel startup company and how they are working to recover using innovation. He speaks with Emily Chang on "Bloomberg Technology.
Video15 Jul 2021 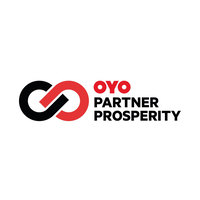 OYO Announces The Launch Of Its Partner Prosperity Campaign

Campaign Kicks Off With Updates to Proprietary Smart Pricing Tool, Giving Partners Greater Flexibility and Control OYO will enable successful revenue growth for its 300+ partners in the US through its technology products for small, independent hotels.
Press Release17 Feb 2021

OYO Hotels & Homes, the leading technology and revenue growth platform for owners and operators of hotels and homes, today announced that it opened doors to 10 new hotels in Colorado, Georgia, I owa, Mississippi, North Carolina, and Texas.
Press Release15 Feb 2021

The company has completed the acquisition of the TUI Holiday Homes business earlier this monyh which was announced at the beginning of this year. The acquisition will strategically reinforce the company's footprint in Germany, Austria, France and Italy in particular.
Press Release28 Oct 2020

Tech-enabled hospitality start-up OYO (www.oyorooms.com) has announced a 'Work from Anywhere' initiative for its UK team members to put employee wellbeing at the heart of its operations alongside productivity and efficiency.
Press Release16 Sep 2020
Load more
Authors