Our revised outlook for the UK hotel sector in 2019 and 2020 forecasts: 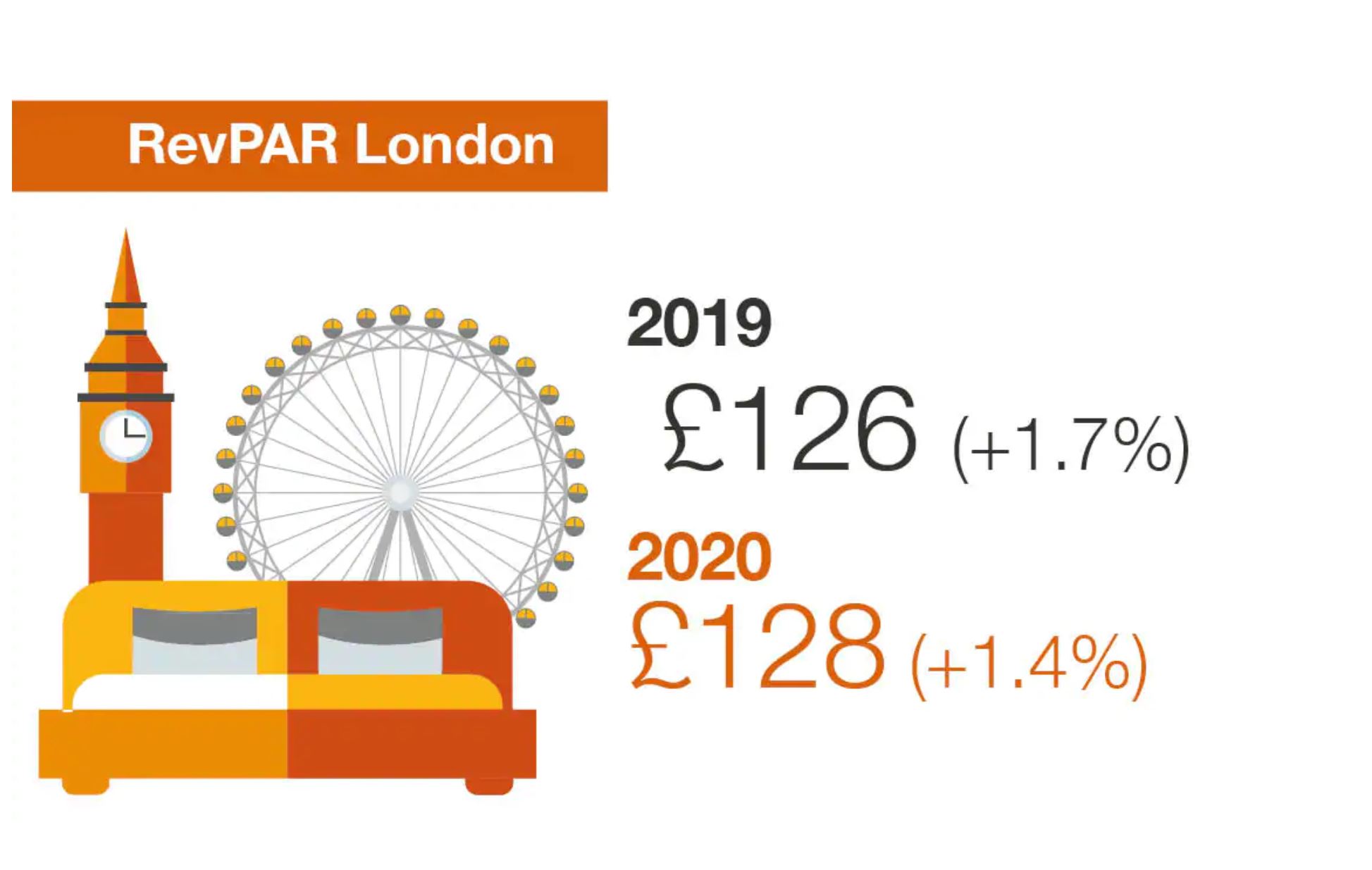 Our forecast for London for 2019 calls for only marginal occupancy growth of 0.3%, nudging occupancy to (a very high) 83.6%. ADR (Average Daily Rate) is expected to see around 1.4% growth, taking it to £150.90, a record in nominal terms. But allowing for inflation means prices are in effect going backwards. ADR growth drives RevPAR (Revenue Per Available Room) growth of around 1.7% this year, taking it to £126. In 2020, we anticipate much of the same, as ADR pushes RevPAR up by 1.4% to £128. 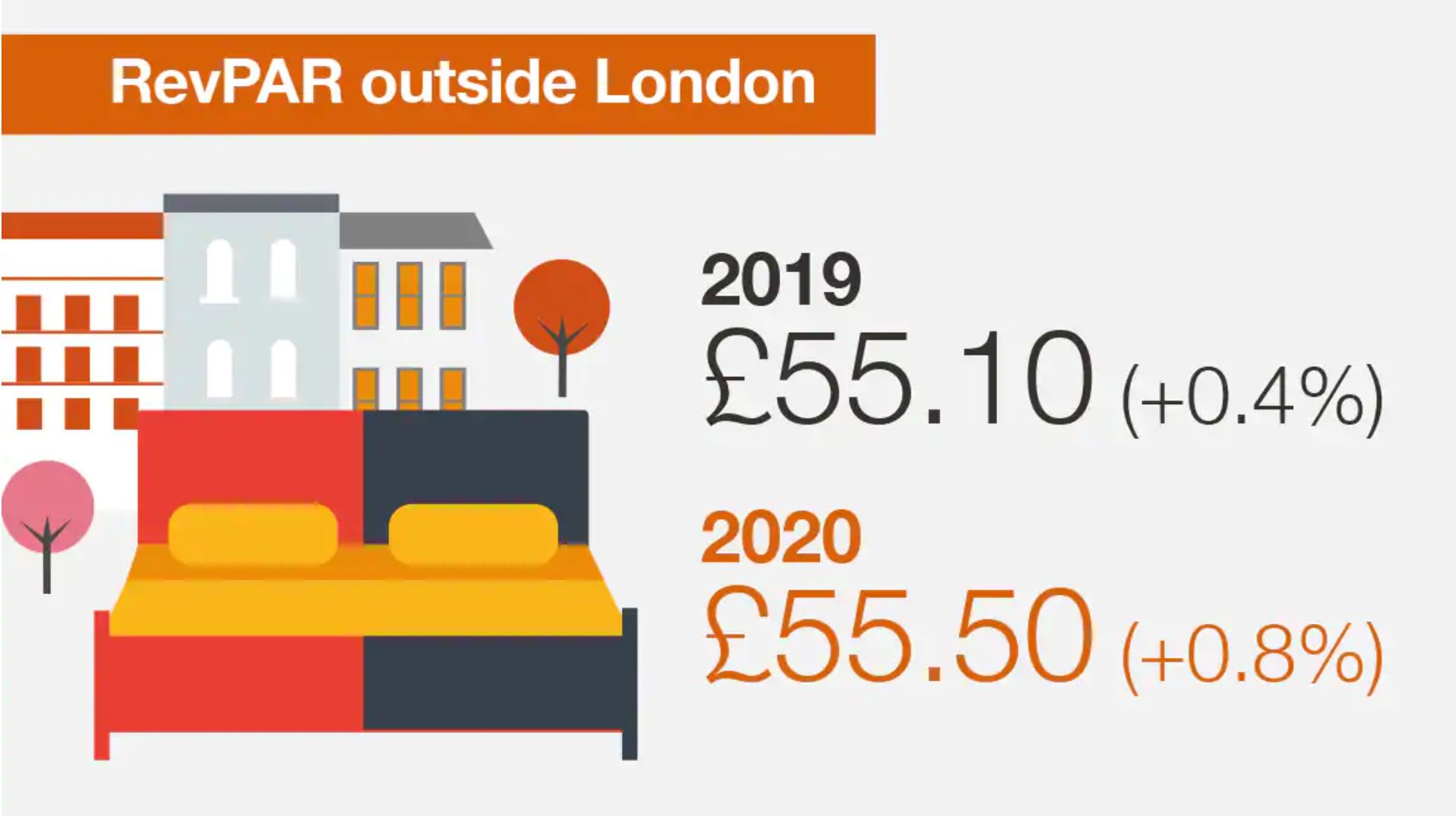 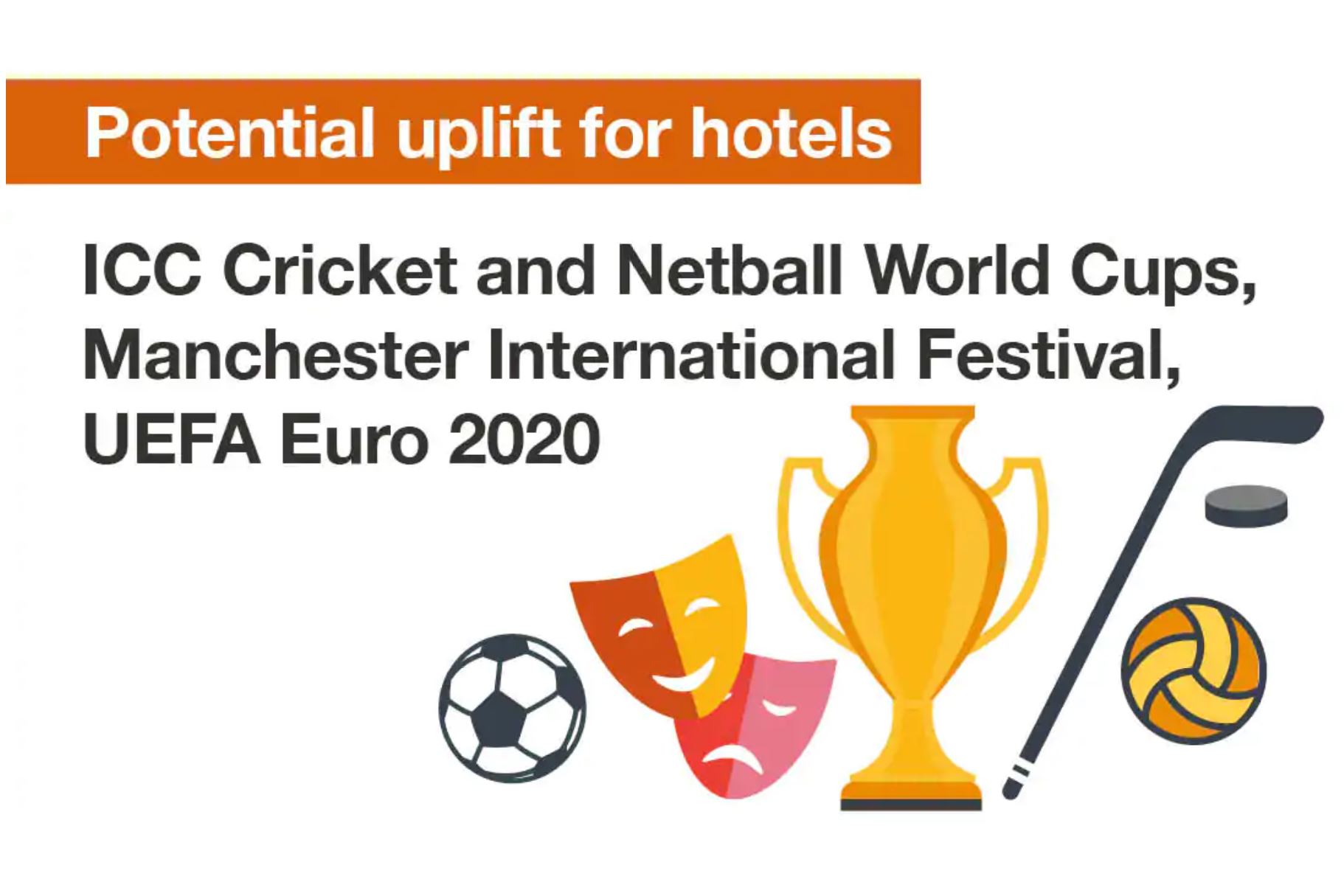 Despite continued macro and geopolitical uncertainty, international leisure travel held up relatively well in 2018, supported by the weak pound. Operators we have spoken to expect the pound to remain advantageous against the euro, at least until the Autumn. However, some reports suggest a "wait and see" attitude is developing among potential travellers to the UK, especially those from Europe. Events such as the ICC Cricket World Cup in July, Netball World Cup in Liverpool, 2019 Manchester International Festival and UEFA Euro 2020 football championships should provide an uplift for hotels. 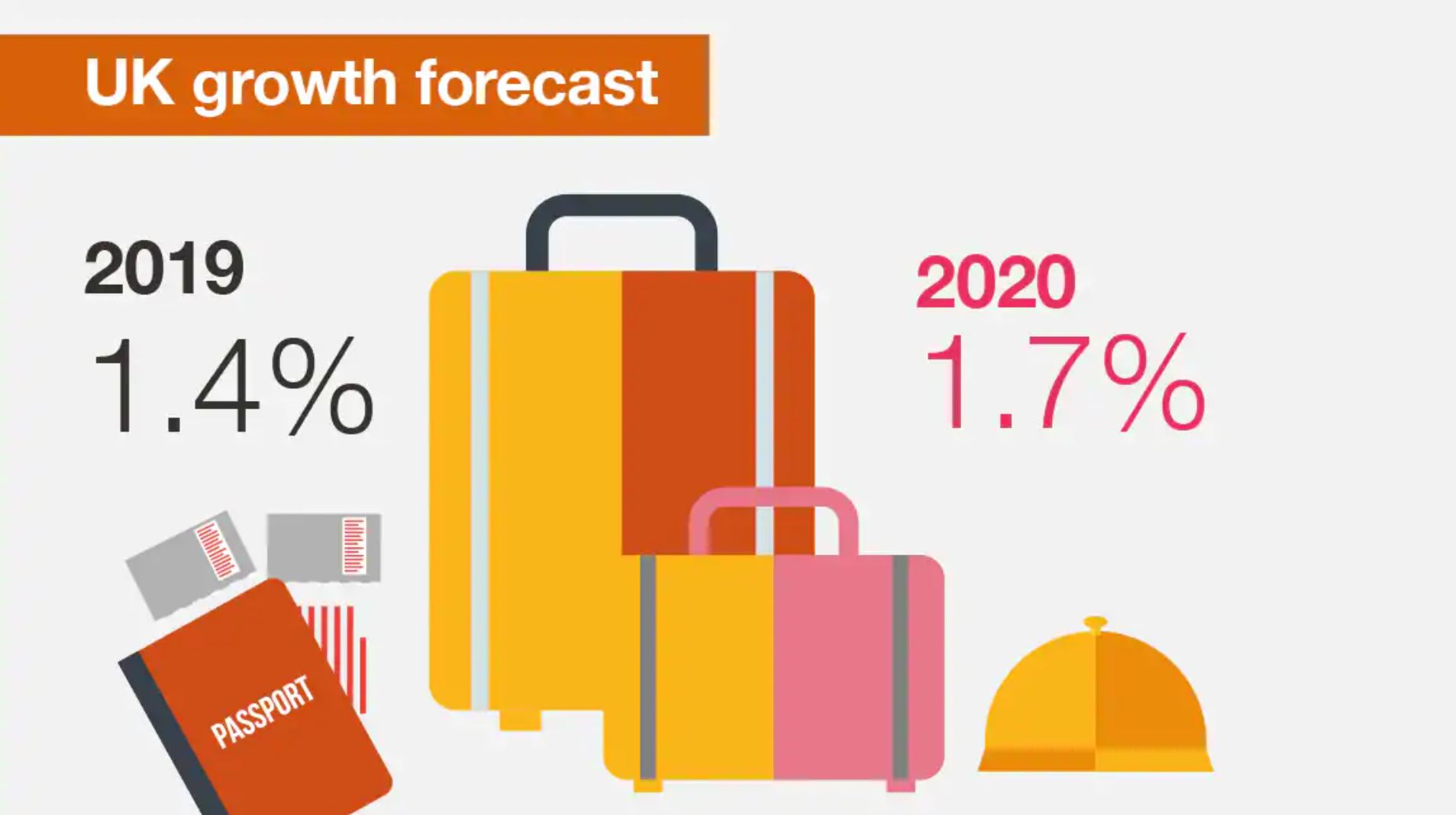 In our main economic scenario, we project UK growth to remain modest at around 1.4% in 2019 and 1.7% in 2020. This reflects the drag on business investment from ongoing economic and political uncertainty relating to the outcome of the Brexit negotiations. But the higher government spending and short-term tax cuts announced in the Budget will provide some boost to growth in 2019. 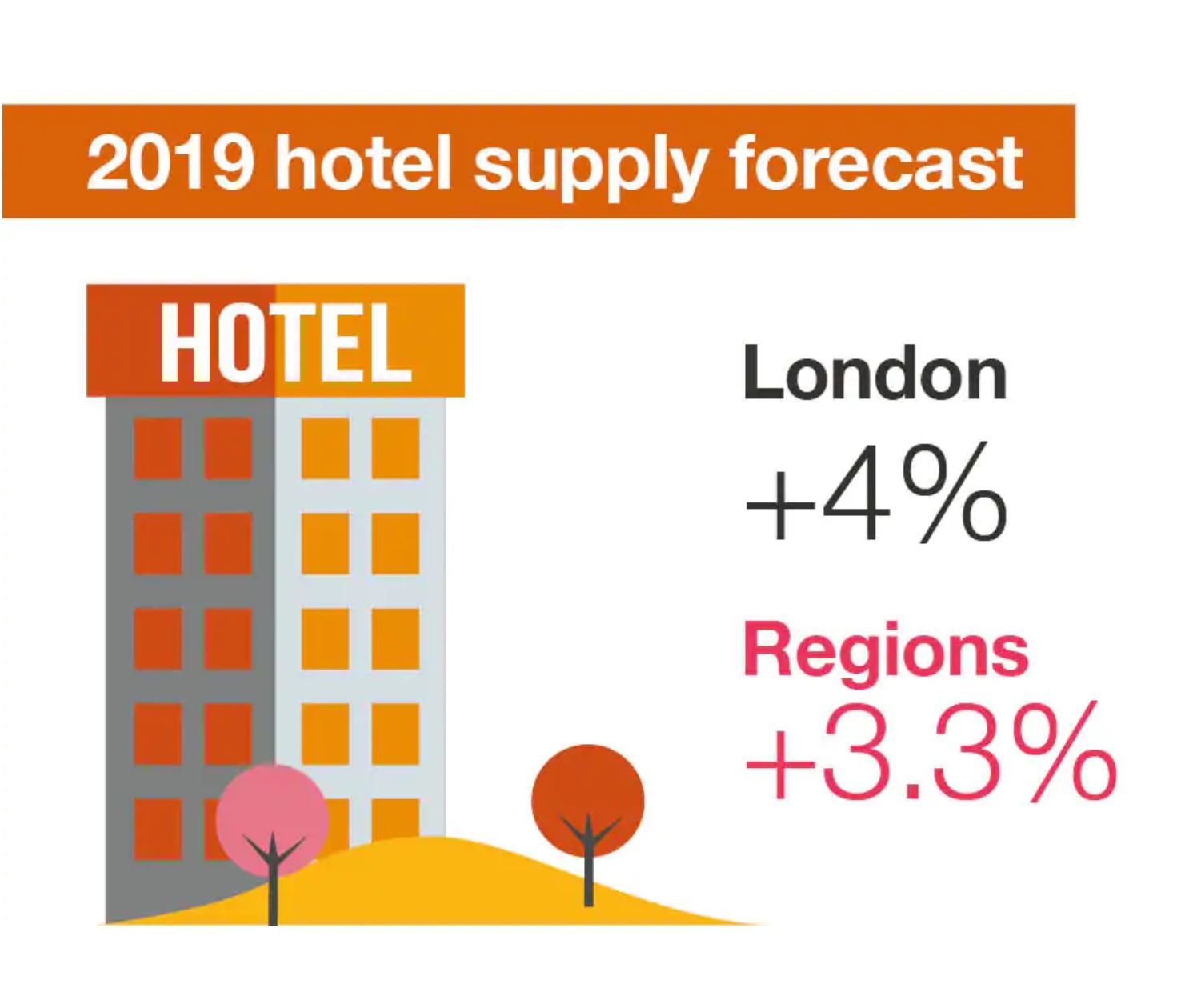 We believe the high level of hotel development in 2019 and 2020 could dampen performance growth across the UK. This effect could be exacerbated by weaker domestic and international economic and demand growth.

While new supply grew by 2% in London in 2018, it is forecast to increase by a further 4% this year. London always absorbs new room supply (eventually) but there can be a period of imbalance and with weaker corporate demand, considerable uncertainty, no blockbuster events and no uplift from Farnborough International Airshow this year, we believe current new supply levels could dampen performance.

Cities across the regions continue to see high levels of new supply, new brands and products, with oversupply an issue for some as overall rooms supply grew by 1.8% in 2018. In 2019 a further 3.3% increase in supply is expected. Some cities outside London, including Edinburgh, Belfast, Liverpool, Plymouth and Bristol, have seen high levels of new supply recently which has impacted performance. 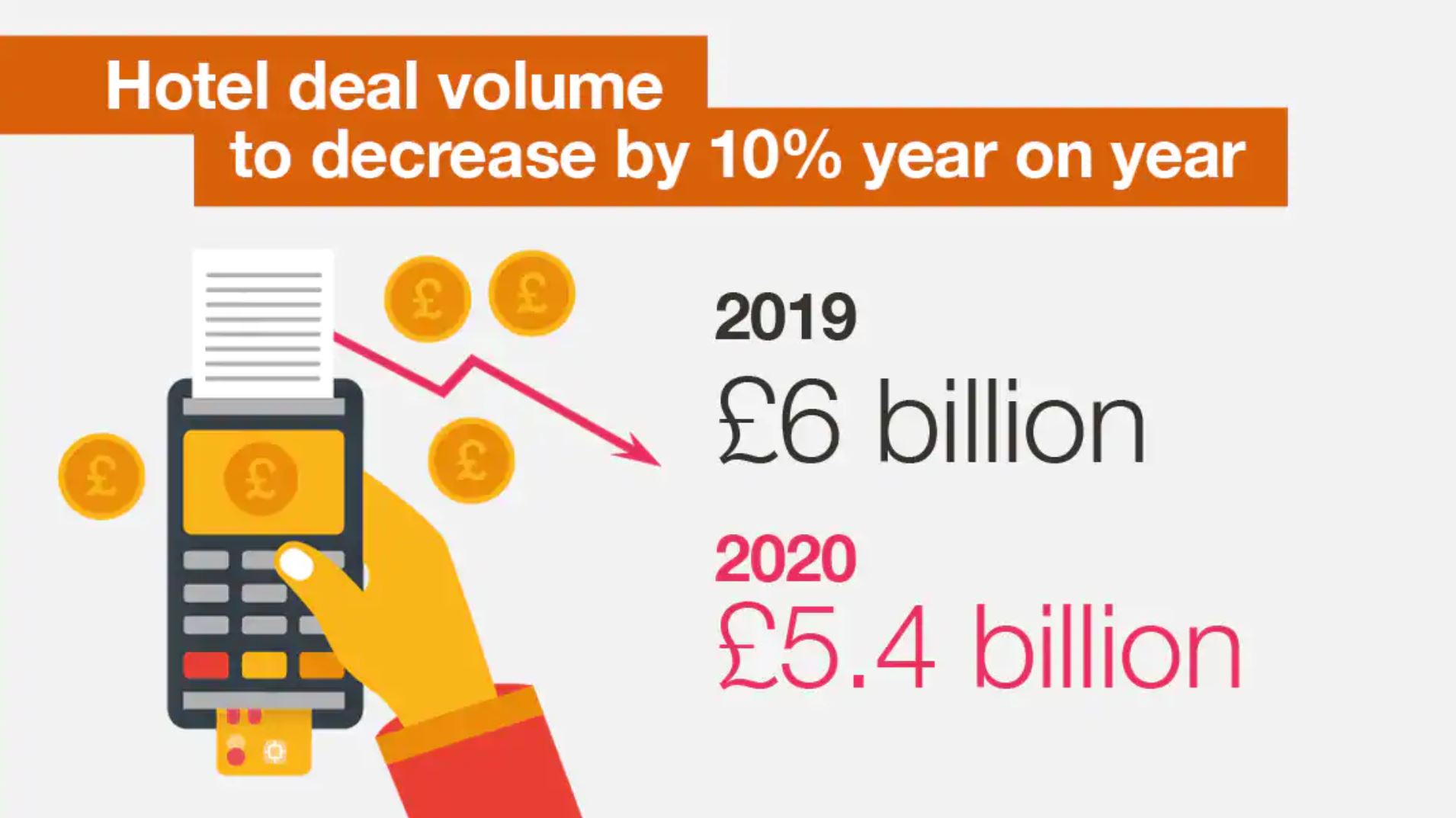 There is an expectation for continued inward investment from Europe and the Far East looking for good opportunities and strong returns, especially given relative low value of the pound. We anticipate the total deal volume in 2019 will decrease by c.10% to around £6 billion, albeit above our original estimate of £4.5 billion due to a number of portfolios that are anticipated to complete in 2019. A further softening in deal volumes is anticipated in 2020 to c. £5.4 billion.

At PwC, our purpose is to build trust in society and solve important problems. We"re a network of firms in 158 countries with more than 236,000 people who are committed to delivering quality in assurance, advisory and tax services. Find out more and tell us what matters to you by visiting us at www.pwc.com.

PwC refers to the PwC network and/or one or more of its member firms, each of which is a separate legal entity. Please see www.pwc.com/structure for further details.