The Opposite House In Beijing Unveils A Reimagined Experience

The Opposite House, located in the heart of Beijing within the bustling Sanlitun neighborhood, unveils the completion of an inspired renovation, creating new experiences at its public spaces as well as dining and bar venues. Originally designed by acclaimed Japanese architect, Kengo Kuma in 2008, The Opposite House was the first House of The House Collective by Swire Hotels, a group of refined, highly individual properties, each with its own distinctive character. Standing as the brand's "House of Art," the reimagined spaces at The Opposite House offer guests an urban sanctuary blending bold contemporary art with Chinese traditions that draw inspiration from Beijing's creative energy, complementing to Sanlitun's lifestyle hot spot and fashionable atmosphere.

The Opposite House's new experience begins with Kengo Kuma's "Origami" installation in the lobby area, which serves as the new reception wall and a beacon of light. Based on a lightweight suspension structure made of acrylic plates and metal frames to maximize light transmission. Kengo applied Tyvek, a translucent synthetic textile resembling hand-made paper, to create a screen of light with organic texture and shades.

The redesigned lobby space also includes the Atrium, which acts as a gallery space. The House curates new installations throughout the year, displaying works from talented Chinese and international artists, sharing a world of contemporary art, steeped in fresh cultural insights. Every installation is intended to stand alone, unique on its own but in harmony with the surroundings, to bring a sense of intimacy and resonance within the space.

Designed by critically acclaimed design firm, AvroKO, the sleek new bar embodies the spirit of 1920's modernism, showcasing artwork and objects reminiscent of International Expos with copper architectural frames and metal mesh sheets. Taking inspiration from the ancient Silk Road, Union serves up a diversity of crafted cocktails that combine an array of flavours from China to the Mediterranean. Hidden elements such as a mini bar cart, the copper Expo wall display at the main bar, and DJ booths enable a seamless transition from day to night.

Taking elements from pop culture, Superfly's eclectic design, also led by AvroKO, captures the energy and attitude of daily life in China, with a subtle nod to Chinese street culture. The restaurant's laid-back atmosphere is complemented by ornate pottery dishware and vintage details including retro-inspired granite countertops with a tiled backsplash, providing patrons with a comfortable neighborhood retreat paired with excellent food, drinks and company.

To round out the House's global culinary offerings, The Opposite House tapped Chef Marino D'Antonio to bring hearty regional Italian cuisine to Beijing with the opening of Frasca. Celebrating the rich, authentic flavours of Italy in the heart of China, Frasca sources ingredients with the utmost care to delight diners.

The Opposite House's distinctive character and sense of style is further reflected at Commune, the property's new multifaceted arts and event space. Featuring a Gallery, Studio and Sunken Garden, Commune provides the ultimate canvas for creating interactive pop-ups that breathe life and culture into the space. The Gallery is an extraordinary venue for corporate, social and private events that opens up into a contemporary ballroom with natural light from the adjoining garden. With its sleek modern feel, the Studio is ideal for cocktail parties and pop up events. Commune also includes the Sunken Garden, which serves as an extension of the Gallery space and provides an outlet for more intimate events surrounded by natural greenery.

The Opposite House by Swire Hotels is one of four Houses in The House Collective. Located in Taikoo Li Sanlitun - a vibrant open-plan shopping, dining and entertainment destination developed by Swire Properties, The Opposite House was designed by Kengo Kuma, one of Japan's most celebrated architects. The House's 99 guest studios include nine spacious suites and a penthouse duplex with a 240 sqm roof terrace, all pet-friendly with special treats and amenities available for guests' furry companions. More than half of all the studios are over 70 sqm and all are strikingly simple with natural wooden floors and subtle touches of Chinese décor. The Atrium of the House presents itself as a contemporary art gallery, showcasing art steeped in fresh cultural insights. The House also has three restaurants, Superfly, the casual Sichuan bar-restaurant that celebrates the culture of the everyday through electric vibes, bites and drinks; Jing Yaa Tang, chef Li Dong's Michelin-starred masterpiece of fine Chinese cuisine including its famous Peking duck; and Frasca, the modern Italian eatery serving classics crafted by chef Marino D'Antonio. Finally, Union, the cocktail bar designed by AvroKO, embodies the spirit of 1920s modernism and is the place to savour silk road-inspired cocktails while indulging in conversations. 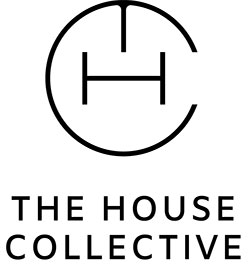 The House Collective by Swire Hotels is a group of highly individual, luxury hotels made for seasoned travellers who seek a different, intimate and personalised experience. The Opposite House in Beijing, The Upper House in Hong Kong, The Temple House in Chengdu and The Middle House in Shanghai are uniquely imagined hotels, each with its own story to tell.
brand information
Brand Owner

Swire Hotels is a group of individual hotel brands who set out to craft extraordinary hospitality experiences for our guests. Our two brands, The House Collective and EAST, are found all over the world, with The Upper House in Hong Kong, The Opposite House in Beijing, The Temple House in Chengdu, The Middle House in Shanghai, and EAST in Hong Kong, Beijing and Miami.
more information
Hotel Details