Swire Hotels has been created to manage soulfully individual hotels in Hong Kong, Mainland China, the United Kingdom and the USA, providing a characterful experience for well travelled individually minded travellers who seek originality, style and personalised service. We create distinctive hotels with a sense of place that break with convention. The company’s first hotel, The Opposite House in Beijing, opened in 2008 and was followed by The Upper House, Hong Kong, and then by EAST, Hong Kong and EAST, Beijing. The Temple House in Chengdu is due to open in Q2 2015 and EAST, Miami in Q4 2015. Swire Hotels has also created a stylish collection of locally inspired hotels in the UK: the first Chapter Hotel, The Montpellier Chapter, opened in Cheltenham in 2010 and was followed by The Magdalen Chapter in Exeter. A restaurant division was set up in 2013 to manage the company’s stand-alone restaurant operations. Our first restaurant Plat du Jour opened in November 2013 followed by Public and Ground Public in Quarry Bay and The Continental in Pacific Place which opened in October 2014.
Brands by Swire Hotels 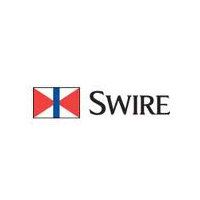 Three members of the Swire Hotels Senior Management team are progressing into new roles from 1st June 2020. Brian Williams, Toby Smith, and Dean Winter have all worked with the company for over a decade, each contributing to the launch and growth of EAST Hotels and The House Collective brands.
Press Release29 May

Dean Winter has been appointed Managing Director at Swire Hotels

Toby Smith has been named Deputy Chairman at Swire Hotels

Simon McHendry has been appointed General Manager at The Temple House

213 RoomsShanghai, China
The Middle House, the latest addition from Swire Hotels, has officially unveiled its newest concept, MI XUN SPA | THE LAB | SHOP, offering an urban destination for wellness in the heart of Shanghai.
Now Open19 Jul 2018The House Collective

Brian Williams has been named Deputy Chairman at Swire Hotels

Toby Smith has been appointed Managing Director at Swire Hotels

Gretchen Smelter has been appointed Director of Marketing at Swire Hotels

Scheduled for End of 2017213 RoomsShanghai, China
Swire Hotels today announced the name of its new hotel in Shanghai as "The Middle House." A key component of the mixed-use development HKRI Taikoo Hui, located on Nanjing Road (West), the hotel is developed jointly by Swire Properties and HKR International and Swire Properties.
Pipeline 1 Jun 2017The House Collective
Load more
Organization Details