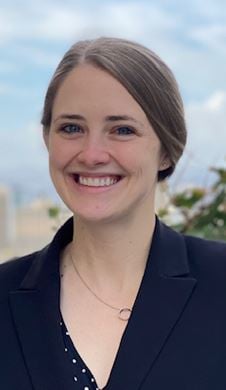 Kimpton Hotels & Restaurants today announced the appointment of Emily Nichols as General Manager of the Kimpton Alton Hotel, the boutique hotel group's newest property in San Francisco. In her new role, Nichols will oversee operations of the 248-room hotel designed in partnership with Kara Mann in the city's iconic neighborhood of Fisherman's Wharf.

Prior to moving to the Bay Area, Emily spent time in New York City as the Director of Operations for Dream Hotel Group and the Area Rooms Division Manager for Amsterdam Hospitality. Prior to that, Emily was General Manager for Kahler Hospitality Group in Rochester, Minnesota, where she oversaw all daily operations for the Residence Inn by Marriott.

Emily has a B.S. in Environmental Science and a B.A. in Metro Urban Studies, with a minor in Sociology from Augsburg University. Emily is a coffee aficionado and—no surprise here—loves traveling as well as caring for her plant collection. Her favorite places visited to date are Croatia and Barcelona.

4 June 2021 — Kimpton Pittman Hotel is pleased to announce the appointment of Andrea Ambroze as the hotel's new director of sales and marketing. A Dallas native, Ambroze has more than 20 years of sales and marketing experience, most recently in the position of Director of Luxury Sales and Partnerships for The Denihan Hospitality Group.
read more