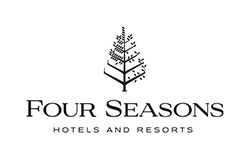 "As Four Seasons continues to grow around the world, it is timely to rename the Hotels. For over ten years Four Seasons has managed these award- winning properties and both have successfully embodied Four Seasons operating and cultural standards by offering guest experiences of exceptional quality," said Wolf Hengst, president, worldwide hotel operations, Four Seasons Hotels and Resorts. "The current teams will continue to manage the Hotels and provide our guests with the consistent, personalised and anticipatory service they have come to expect."

Four Seasons continues to build recognition and a loyal following as the company expands its portfolio in Asia. Celebrated Four Seasons hotels and resorts are already located in Bali, at Jimbaran Bay and Sayan; in the Maldives at Kuda Huraa, as well as in Singapore, Tokyo and Sydney. In 2002, the company opened its first hotel in Shanghai and its second hotel in Tokyo. Construction has begun on Four Seasons Resort Langkawi, in Malaysia, slated to open next summer, and on a new hotel in Hong Kong scheduled to be open in 2005.

In 1983 when the 356-room Regent Bangkok opened its doors, it set new standards of luxury in Thailand. Over the last 24 months the Hotel has completed an extensive US$4.8 million refurbishment programme. Madison, a New York-style steakhouse, was opened, meeting space was expanded, and enhancements to the Parichart Shopping Courtyard porte cochere, Lobby and reception area were completed. Plans are now underway to further enhance the elegant suites and spacious guest room interiors.

The Regent Chiang Mai opened to international acclaim in 1995. Nestled in the lush Mae Rim Valley amidst verdant rice paddies with views of the Doi Suthep Mountain Range, the Resort features 64 elegant Pavilion Suites each with its own private sala (outdoor living area) and 16 spacious one, two and three-bedroom Residences.

This stunning Four Seasons Resort also features one of the finest spas in Asia. Earlier this year, the Cooking School premiered, which has an exciting six-day interactive curriculum that is fast becoming a popular culinary teaching venue in Asia.

With a history spanning four decades and a portfolio that extends worldwide, Four Seasons Hotels and Resorts is the world's leading operator of luxury hotels, currently managing 59 properties in 28 countries. Four Seasons Resort Great Exuma (The Bahamas) opened on November 24, 2003. Further openings in 2003 will include the company's first mountain resort in Jackson Hole, Wyoming. Four Seasons continues to grow, with more than 20 projects under construction or development in choice locations around the world. The company has claimed first position on many prestigious lists. Recent honours include being named to Fortune magazine's list of 100 Best Companies to Work For (for the sixth consecutive year); and Mobil 5-Star Awards, receiving more than any other hotel company. Information on the company and its 42 years of achievement in the hospitality industry can be accessed through the Four Seasons Web site at www.fourseasons.com.