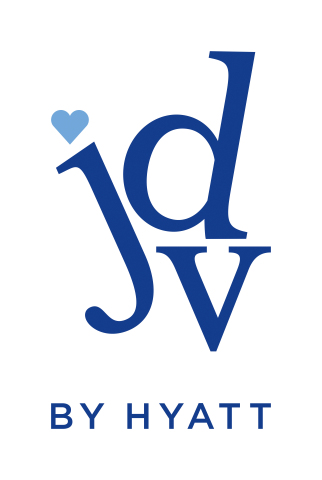 SAN JOSE, Calif. |Joie de Vivre Hospitality announced this week the official opening of its latest boutique hotel, the Hotel Montgomery, in downtown San Jose. Part of its historic past includes its dramatic relocation 186 feet south of its original location in January 2000, the longest and heaviest move ever made on rubber wheels. The restoration of this landmark 1911 property provided an opportunity to craft a unique guest experience new hotels simply can't duplicate: contemporary services and amenities in an elegant setting rich with historical context.

The Hotel Montgomery embodies a guiding principle for all Joie de Vivre Hospitality properties: that guests have emotional experiences staying in Joie de Vivre hotels, a dynamic that CEO Chip Conley refers to as "identity refreshment." It's an opportunity for guests to simultaneously check into a hotel while checking into themselves. The Hotel Montgomery will feature "old-school classics with substance," like bocce ball on the hotel's outdoor courts or a hand-shaken cocktail from Paragon Restaurant & Bar. Paragon is known for its American Brasserie cuisine, with menus featuring rustic American favorites; it officially opens July 9, 2004.

Inside the Hotel Montgomery, the elegant design scheme pays homage to the hotel's refined and traditional past. The guestroom experience is a luxuriously authentic one, with leather-like wall coverings, Egyptian-cotton bed linens, and chairs covered with a Burberry-like plaid. The lobby includes glass-paneled chandeliers from the '20s, furry wingback chairs with '30's panache, and modern artwork from the '70s.

The Hotel Montgomery was originally constructed in 1911 by noted San Jose architect and designer, William Binder. It was developed and owned by T.S. (Thomas Seymour) Montgomery, an influential and prominent San Jose developer and businessman who has sometimes been referred to as the “Mayor of South First Street.” Montgomery was not only a leading developer, but also the director for both competing railroads (Southern Pacific and Western Pacific) and was the Chairman of the Board of the California Prune and Apricot Growers, Inc. A portrait of T.S. hung in the lobby of the hotel until approximately 1980; the current whereabouts of the portrait is unknown.

From the Hotel Montgomery’s opening in 1911 until 1926, it was considered “San Jose’s only first class downtown hotel.” The high-style hotel featured four stories, 142 rooms, a restaurant, a ballroom and two dining rooms. In the 1920s, a single room went for approximately $1.50 per night. A private bathroom cost an additional dollar. It was a grand and elegant hotel sporting a unique façade and building design. Its style is predominantly Renaissance Revival, with elements of Spanish and Beaux Arts traditions.

When it first opened, the Hotel Montgomery was the most cutting edge hotel in the area. It included the most modern conveniences of the time, including in-room plumbing, a switchboard with in-room telephones, electric elevators and steam heat. It was a hotel of many firsts: it was the first hotel in San Jose to have electric fixtures, the first with private baths, and the first in the area to be built with reinforced concrete, which helped make it resistant to both fire and earthquakes.

The hotel's heyday ended in the 1950s with the general decline of downtown San Jose. The hotel was in use until 1962, when it was sold and converted to residential use. The San Jose Redevelopment Agency (SJRA) purchased the land and Hotel in 1982 for $450,000. After decades of dilapidation and damage from a major earthquake, the city began to consider the preservation of this historic structure.

Upon taking office in January 1999, Mayor Ron Gonzales made the preservation of the history of San Jose a major goal of his administration. This included the Hotel Montgomery, which at the time, was non-operational after suffering damage from the Loma Prieta earthquake in 1989. In order to begin construction of the Fairmont Hotel Annex, the Montgomery needed to either be moved or demolished. The San Jose Redevelopment Agency teamed up with the Preservation Action Council of San Jose, the Historic Landmark Commission, and Fairmont developer Lew Wolff to draft save the historic landmark.

In January 2000, the SJRA took the extraordinary step of relocating the hotel 186 feet south of its original location at First and Paseo de San Antonio to First and San Carlos streets —at a cost of $8.5 million. The building weighed 4,800 tons and was the heaviest move ever made on rubber wheels and the longest, according to Devcon, the contractor responsible. Special remote controlled machinery was placed under the structure, which inched along for more than three hours before reaching its destination.

Subsequent to the move the SJRA contributed $4.5 million for a seismic retrofit and $6 million for to renovation of the Hotel. In August 2000, they selected DivcoWest, now in partnership with Epicus Development to renovate the building and restore it as one of the few boutique hotels in Silicon Valley. Renovation to the Hotel Montgomery began in November 2002, and was recently completed. Joie de Vivre Hospitality was hand picked to manage the hotel for both its conceptual approach to the creation of its hotels, and their desire to honor the hotel’s great history in this significant re-design. To further enrich the project and bring a great destination restaurant and social hub to downtown San Jose, Paragon Restaurant Group was chosen as the restaurant management company.

About Joie de Vivre Hospitality: - Based in San Francisco, Joie de Vivre Hospitality is a creative collection of lifestyle businesses. As the Bay Area's largest independent hospitality company, the Joie de Vivre portfolio features more than 25 boutique hotels and one day spa. These properties represent a total of over 2,000 rooms and include five distinctive restaurants and bars. Chip Conley, founder and CEO, says it best, "Our goal is to create landmark destinations full of soul and personality!"