Duetto brings new levels of insight and revenue optimization to Pestana’s close to 90 Hotels in Europe, Africa and the Americas 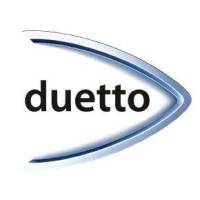 "We are proud to announce this agreement with Pestana Hotel Group, one of the most dynamic and quickly growing hotel ownership groups in Europe," said Duetto CEO Patrick Bosworth. "Increasingly, hotel companies and owners are looking for a solution that allows for flexibility to fully optimize revenue and manage distribution complexity. We are excited to bring a new level of insight and revenue optimization to Pestana – and look forward to working with its hotels to make sure they never leave money on the table again."

Pestana Hotel Group CEO Jose Theotonio, said, "Over the past 15 years, we have grown quickly and consistently to strengthen our footprint and establish Pestana's presence in key markets around the world. This agreement ensures that our hotels reap the full benefits of that growth – positioning Pestana as a leader not just in guest service and property management, but now, in revenue strategy and profit optimization. This is a companywide priority for us. After an exhaustive process to select the right partner, we are delighted to work with Duetto as it sets a new standard of excellence and innovation in revenue management in Europe and around the world."

Duetto is rapidly expanding worldwide after opening its European and Asia Pacific headquarters late last year. Duetto's revenue strategy solutions are deployed at hundreds of hotel and casino properties in more than 25 countries.

Duetto delivers the most powerful revenue strategy solutions to the world's leading hotels and casinos, allowing them to better manage pricing, revenue and business-mix decisions with superior, actionable data.

The unique combination of hospitality experience and technology leadership enables Duetto to provide new insights on pricing and demand as a true cloud-based software-as-a-service. With solutions that address the challenges of today's distribution landscape, Duetto's applications are a GameChanger — optimizing profit and guest loyalty.

Thanks to rapid marketplace adoption, Duetto is expanding in key markets throughout the Americas, Europe and Asia. Our applications are now deployed at hundreds of hotel and casino properties in more than 25 countries.

Pestana is Portugal's largest international tourism and leisure group, ranking 25th in Europe and the only Portuguese hotel group to be featured in the Corporate 300 listings by Hotels magazine in North America. There are seven business divisions operating under the Pestana brand including; Hotels & Resorts, Monument & Historic Hotels, Holiday Ownership, Travel, Golf and Real Estate, Industry and the International Business Centre of Madeira. Starting with one hotel in Madeira Island in 1972, the family owned Pestana Hotel Group has grown to include nearly 90 four and five star hotels worldwide with three brands: Pestana Hotels & Resorts, Pestana Collection Hotels and Pestana Pousadas de Portugal.