Selina Hotels Step Up Against WeWork in Latin America

WeWork’s co-working model may be fledgling, but hotels are putting a twist on the concept to connect locals and digital nomads.

Each morning across the far-reaches of cities like Bogotá, Mexico City, and Puerto Viejo in Costa Rica, digital nomads start to gather to begin their workdays. As the laptops get flipped open and the headphones popped on, these remote workers are not settling in at a WeWork space. Instead, they've come to a Selina hotel — hip, affordable, and increasingly accessible.

In the wake of the high-profile financial woes of New York-based WeWork, which has started laying off about 2,400 employees after growing rapidly and failing to launch an public offering in September, hotels are increasingly taking cues from the company to add similarly styled workspaces. This is especially evident in Latin America, which WeWork once named as its fastest-growing region.

Since opening its first Mexico City office in 2016 and expanding a year later into South America via Argentina, the company counted more than 34 offices in the region as of May, 2019. But one unlikely competitor is hospitality company Selina, known for its innovative approach to blending hostel-style dorms with upscale private rooms within the same property. 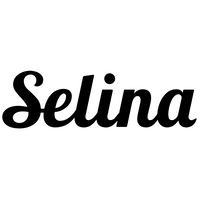 Selina is not just accommodation. Yes, we offer (gorgeous, beautifully-designed) places to stay. More than that, we offer a place to connect with others. Be inspired by stunning beaches and lush jungles.
brand information
Related News

28 November 2019 — Today, everyone is talking about the term coworking. The business is thriving, different styles and forms are developing. New players are entering the market. At the same time, more and more synergies and complements are being recognized between coworking and hospitality.
Read more
More from skift Inc.
Most Read
Advertisements
Never miss a story again
Sign up for the HN360 daily newsletter
Media Kit – Submit Content
Latest News
Advertisement
Advertisements