Developing Hospitality Skills from the Ground Up: CEOs Who Started at the Bottom

These CEOs have started their career with low-entry jobs, showing that the key to success lies in the ability to work hard, commit, and let the environment shape your hospitality skills. 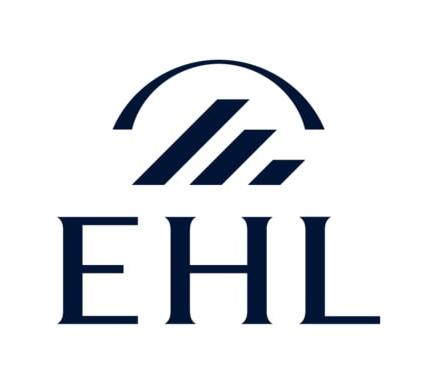 It goes without saying that certain hospitality skills are must-haves in the pursuit of a successful career in the industry. Much heralded soft skills, such as time management, adaptability and teamwork, are developed during fledglings' formative years and professional life beyond. In an increasingly digitalized work environment, an ever-evolving host of hard skills are also assets - take cloud computing or artificial intelligence, for example.

But there is another component, one that speaks to strength of character, to the willingness to put in both the hours and the hard graft, that kicks in when you assume your very first role: the value of starting at the bottom and working your way up.

The following hospitality heavyweights are flagship examples of the importance of staying power, gleaning insights, wisdom and appreciation from the interim tasks along the path to leadership.

from motel night cleaner to President & CEO of Marriott International

Long before Arne Sorenson made history in 2012 as the first person to become Chief Executive Officer at Marriott without the family name, he worked the graveyard shift as assistant foreman of the night cleaning crew at a hotel in Minnesota. Working on this team of jumbled together individuals, each laboring through the night for their own reasons, taught Sorenson that "there is pride and dignity in every single job", no matter how low-profile. This wisdom now feeds into his roles on various boards, including Microsoft's Board of Directors since 2017.

from maintenance worker to President & CEO of Hilton Worldwide

Christopher J. Nassetta, President & CEO of Hilton, took his first job in the hospitality industry at a Holiday Inn when he was 18 years old. His "entry-level position in the engineering department" - a somewhat glorified title - saw him see to tasks of the likes of plunging toilets. Via a seven-year stint as President & CEO of Host Hotels & Resorts Inc., he joined Hilton in 2007. He has also served as Chairman of the World Travel & Tourism Council since April 2018.

from busboy to President & CEO of Auberge Resorts Collection

In an impressive display of hospitality skills and perseverance, Craig Reid has gone from spilling a drink on a customer on his first day as a busboy at London's Grosvenor Hotel at the tender age of 15 to acting as Auberge Resorts' President & CEO from 2014 onwards. His path led, via a management traineeship with The Savoy Group, a degree in hotel administration from Westminster College, London, and a long career at Four Seasons Hotels & Resorts.

from dishwasher to President & CEO of Best Western Hotels & Resorts

Turn back the clock to 1970, and David Kong - now President & CEO at Best Western - was upping sticks: leaving his home country to pursue his studies at the University of Hawaii. Instilled with his parents' work ethic and grit, and inspired by childhood memories of Sunday dinners at a Hong Kong hotel, he took a job as a dishwasher and busboy at the Hilton Hawaiian Village on the side. Having worked his way up to waiter, he later joined Omni Hotels' food and beverage team. After a subsequent ten years at Hyatt, he joined Best Western in 2001, before being promoted to his current role in 2004.

from commis chef to CEO of Forbes Travel Guide

Filip Boyen first honed his hospitality skills as a commis chef aged 18. Over time, he worked his way up in the culinary world to roles in Michelin-star restaurants in Belgium, England and France, before transitioning to hotel management. Having acted as General Manager followed by COO at Belmond Hotels (Orient-Express Hotels at the time), he took the reigns as CEO of Small Luxury Hotels, overseeing a portfolio of over 520 independent hotels in 80 countries. Epitomizing the success of his career, "verifying luxury", Boyen is now CEO of Forbes Travel Guide.

December 2018 may have seen J. Allen Smith, former President & CEO at Four Seasons Hotels & Resorts, take things down a notch in assuming a part-time role as Advisory Chairman at Latch, but the early days of his career remain an inspiration. A tale of back-breaking work for measly pay: Smith's first job was that of brickmason's helper at a construction site in Lexington, South Carolina, earning USD 1.85 an hour. After a cripplingly hot summer of mixing mortar and hauling bricks up scaffolding, he "graduated" to concrete finisher, forever appreciating the value of hard work.

No matter where you are on your journey into the professional world of hospitality: value education, understand the importance of lifelong learning and invest in building strong networking ties. Yes. But don't forget that the key to progressing from cleaner to CEO may well lie in your ability to work hard, commit, persevere and allow your environment to shape your hospitality skills. For it is in this way that hospitality skills lead to leadership.

EHL Ecole hôtelière de Lausanne is an ambassador for traditional Swiss hospitality and has been a pioneer in hospitality education since 1893 with over 25,000 alumni worldwide and over 120 nationalities. EHL is the world's first hospitality management school that provides undergraduate and graduate programs at its campuses in Lausanne, Singapore and Chur-Passugg, as well as online learning solutions. EHL is ranked n°1 by QS World University Rankings by subject and CEOWorld Magazine, and its gastronomic restaurant is the world's only educational establishment to hold a Michelin Star.

EHL Swiss School of Tourism and Hospitality has been one of the leading hospitality management colleges for hotel specialists for 50 years. The school delivers Swiss-accredited federal diplomas of vocational education and training and of higher education in its 19th century spa-hotel in Chur-Passugg, Graubünden, to Swiss and international students from 20 countries.

EHL Advisory Services is the largest Swiss hospitality advisory company specializing in service culture implementation, business consulting, as well as the development and quality assurance of learning centers. EHL Advisory Services has offices in Lausanne, Beijing, Shanghai and New Delhi and has delivered mandates in more than 60 countries over the past 40 years.