Why 1000’s of Hotel Franchisees Are Fleeing

Franchise owners declare they are mad as hell and not taking it anymore. 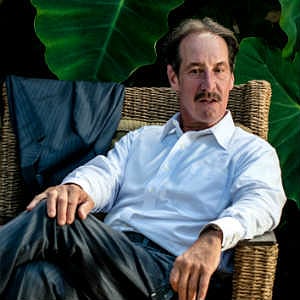 "I meet with dozens of hotel owners weekly and the social media forums are spouting the same rhetoric, franchisees are tired, dissatisfied with the lack or service and response, and have had enough of their current affiliation."

Hospitality industry veteran Patrick Mullinix who's no stranger to what makes successful hotel franchise growth. For more than 24 years throughout his career, Mullinix lead more than a half a dozen brand expansions and was primarily responsible for development of the fastest growing hotel chain in America during its successful rise, becoming the 10th largest hotel company in the world.

Mullinix said, "The writing has been on the wall for a number of years. Now, dissatisfied franchise owners are now waking up to the real truth of how little their brands actually contribute to the success of their business compared to the high cost in which they pay to them monthly."

It's clear certain brands are not supporting their franchisees as seen in a Change.org petition where nearly 7,000 people have asked Choice Hotels to step in and alter their COVID-19 response as of June 24, 2020.

"Once the COVID pandemic hit the travel sector, it shut down the reservation system for every brand in United States. It unveiled a realization, that brands didn't provide much support," Mullinix continued.

Earlier this month, McKinsey & Company recently published that the hotel industry may take until 2023 to fully recover to pre-COVID-19 levels. "Now as hotel owners scramble to recover and find the lost revenue and profitability, they are choosing to separate and part ways with their current franchise brand to survive."

Mullinix said, "This is exactly why over 12 months ago I acquired, the Vista Inn & Suites and Select Inn brands. We wanted a new vision for today's hotelier. One that goes back to the basics of providing a low-cost of franchise affiliation along with reasonable agreements that are short-term, 12 month renewals, while providing best in class affordable reservation technology and lowest transaction fees. Doing this without compromising the highest quality of property level service and most importantly, direct local sales and marketing programs that focus on each town we have franchised locations."

"It's back to the future," said Mullinix, musing on returning to a era long past that being part of a brand gave the owners a sense of genuine pride and belonging within a corporate family that they could be successful by receiving the help and assistance provided from people who actually cared about their business.

Sagar V. Shah, Managing Principal of Yatra Capital Group recently wrote on Hospitality Insights, that [the time now] "has the potential to completely change the hospitality landscape forever, and we must seize this opportunity to bring fair franchising back into relevance."

"The Advantage Hotels culture is best described as a hotel franchise that acts more like a brand membership." Mullinix added. "I believe during the recovery of the travel industry, we're going to see hundreds, if not possibly thousands, of hotel owners making a change in their brand to regain their lost business. They will be making the change not only as a result of their dissatisfaction, but more importantly, their need for survival," Mullinix finished. 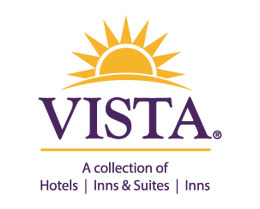 A performance-driven, midscale hotel solution that focuses on a strong quality product, guest service excellence and community-involved owners. Every property carries its own distinct personality that reflects the tastes of the franchise owners and demands of the individual market.
brand information

A performance-driven, upper economy hotel solution that focuses on a strong quality product, guest service excellence and community-involved owners. Every property carries its own distinct personality that reflects the tastes of the franchise owners and demands of the individual market.
brand information
Other Brands by Advantage Hotels, Inc.

Advantage Hotels, Inc. (AHI) is a privately held company based in Austin, TX that franchises Vista and Select Inn - performance-driven brands featuring preferred hotel amenities, marketing and operations support, effective hospitality management services, and construction and décor options. Through custom individual franchising, AHI is creating meaningful change in the franchisor/franchise owner relationship within the hospitality industry. The company's goal is to deliver an equitable franchise arrangement where the results are driven through uncompromising service for franchise owners and guests. For independent operators, AHI offers membership affiliation benefits for those looking for an alternative to the traditional hotel franchise arrangement.