Uniform System Of Accounts For The Lodging Industry - A Historical Perspective 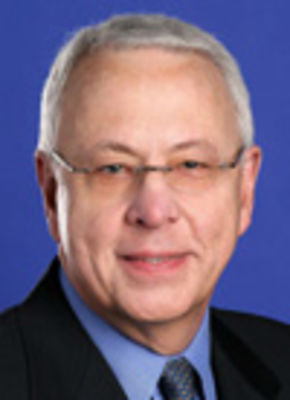 The first Uniform System of Accounts for the Lodging Industry – USALI - was published in 1926. Just think about this for a minute – in the fast-paced environment we live in today we hardly give any thought to what happened yesterday, let alone 88 years ago. In 1926, Marilyn Monroe and Queen Elizabeth II of the UK were born and it was the year when Scottish inventor John Logie Baird demonstrated a mechanical television system for members of the Royal Institution and a reporter from the Times in London. It was also the year when land on Broadway and Wall Street in New York City was sold for a few dollars per square foot. Just go to the internet on your computer, iPhone, iPad or Android device to get today's prices – a lot has changed.

When the authors of the USALI First Edition sat down to write the book, they lived in a total different world and a totally different hospitality universe. The hotel business consisted fundamentally of "bricks and mortar". In fact, the original committee was even called the "Proprietors' Committee" and included representation from the Hotel Pennsylvania, the Waldorf-Astoria, the Hotel Astor, the Hotel Willard, and The Commodore.

As the hotel industry evolved, so did the USALI. The Fifth Revised Edition was published in 1952, about 26 years later. It still included such departments as Cigar Stand and Candy and Soda Shop, and Pay Station Commissions were still recorded as Other Income in the Telephone Department. Fountain Pens were included in A&G Printing and Stationary, and the Rooms Department Salary and Wages schedule had a position called "scrub-women" (we have come a long way!). This Edition also had a subtotal called Gross Operating Profit in what was then called the General Profit and Loss Statement. The abbreviation of this subtotal, i.e., "GOP", has been used for many years in our industry.

Over the next 25 years we were beginning to see a shift away from the "bricks and mortar" hotel business model and the Seventh Revised Edition, published in 1977, consequently saw a more diverse Revision Committee with representation from Sheraton Corporation, Hilton Hotels Corporation, Loews Corporation, Western International Hotels Company and Caesars Palace.

As the fundamental business model of the hotel industry continued to evolve into separate owners, operators and franchisors, the Revision Committee for the Ninth Revised Edition, published in 1996, saw an even more inclusive composition with representation from ownership, academia, accounting firms, consultants and operators. The Revision Committee also wanted to make the book more acceptable to the global industry community and the British Association of Hotel Accountants was invited to participate in the revision and the book was later translated in its entirety into German in the year 2000.

While the USALI evolved and was revised from time to time, the American Hotel & Lodging Association in 1961 appointed the National Association of Hospitality Accountants (the predecessor of Hospitality Financial and Technology Professionals - HFTP) to develop a separate uniform system of accounts for small hotels and motels. This publication, entitled Uniform System of Accounts and Expense Dictionary for Small Hotels, Motels, and Motor Hotels was first published in 1961 and later revised in 1979 and again in 1986. In 1996, a decision was made to combine the USLAI with the Uniform System for Small Hotels.

The Tenth Revised Edition of the USALI was published in 2006. The Revision Committee continued to broaden its membership with more representation from the diverse sectors of the industry, such as Smith Travel Research (STR). There was also a recognition that the USLAI should be a guide that is most useful to the industry (while still remaining in compliance with Generally Accepted Accounting Principles), and numerous changes in presentation, account titles and subtotals were made to reflect this reality.

The Eleventh Revised Edition was published in 2014. With its electronic searchable version, it paved the way for the USALI to make the technological leap into the 21st century. The work of the committee re-affirmed its purpose to provide a guide that is most suitable to the global lodging industry. While the informational needs of operators and owners may be similar, the Revision Committee recognized that each group has its own special informational and reporting needs. Therefore, this edition has a separate Summary Operating Statements for Operators and Owners. To emphasize the importance of first and foremost providing an industry guide, the Operating Statements Section of the book are now Part I and the Financial Statements – Balance Sheet, Statement of Income – are now Part II.

In 1952, the Fifth Revised Edition had this to say about statistical information and ratios:

"In addition to indicating the percentage relation between income and expenses, the financial report of the hotel should contain sufficient statistical information to aid the management in arriving at sound conclusions as to the efficiency of the operation of the various departments"

It lists "…the kind of statistical information that the financial reports of the hotels should contain:"

Contrast this very brief and elementary statistical information section contained in the Fifth Revised Edition from 1952 with the Eleventh Revised Edition just published in 2014, which now contains 43 pages of Financial Ratios and Operating Metrics. Saying that we as an industry have come a long, long way is nothing short of a gross understatement.

Although, as Yogi Berra said "It's tough to make a prediction, especially about the future", I am confident and optimistic that future editions of the USALI will keep pace with the ever-changing hospitality business environment. The responsibility for updating the USALI rests with the AH&LA Committee on Financial Management, which is one of several committees organized by the AH&LA to support the industry. The Financial Management Committee, which currently has 26 members representing ownership groups, operators, asset managers, academic institutions, accounting firms and consulting firms, determines when a new edition should be issued and a Revision Committee is appointed to accomplish the task. The committee must balance the need for a new book with the potential loss of comparable historical data and must also consider the potential impact on the industry as USALI changes in presentation or definitions could have an impact on contractual relationships.

The copyright to the USALI is owned by the Hotel Association of New York City and it is published by the American Hotel & Lodging Educational Institute. The Hospitality Financial and Technology Professionals also sponsor the publication.

27 January 2016 — The Financial Management Committee (FMC) of the American Hotel and Lodging Association (AHLA) is focused on providing guidance on the financial and reporting impact of trending issues impacting the industry. As an example, the FMC has the responsibility to update the Uniform System of Accounts for the Lodging Industry[1] (USALI) and is periodically evaluating other trends and evolving metrics to determine if the financial implications warrant further study and comment.
Read more

Small, yet impactful, changes in the 11th edition of the Uniform System of Accounts for the lodging industry | By Ralph Miller and Robert Mandelbaum

24 November 2015 — The 11th Revised Edition of the USALI contains some significant changes that are very obvious to readers. Examples include the addition of a new Undistributed Department (Information and Telecommunications Systems), or the movement of Non-Operating Income out of Total Revenue.
Read more

27 October 2015 — Labor and related costs are the largest single expense items for hotel operations. The combined salaries, wages and benefits paid to employees averages close to 50 percent of total operating expenses. Further, the personal level of service offered by employees is an integral component of the hotel product and guest experience.
Read more

30 September 2015 — The 11th revised edition of the Uniform System of Accounts for the Lodging Industry (USALI) was published in the spring of 2014, with an implementation date of January 1, 2015. The responsibility for revising the USALI lies with the Financial Management Committee (FMC) of the American Hotel & Lodging Association (AHLA).
Read more

Guidance on Financial Ratios and Operating Metrics in the Uniform System of Accounts for the Lodging Industry, 11th Revised Edition | By Agnes L. DeFranco

30 July 2015 — The 11 th revised edition of the Uniform System of Accounts for the Lodging Industry(USALI) was published in the spring of 2014, with an implementation date of January 1, 2015. The responsibility for revising the USALI lies with the Financial Management Committee (FMC) of the American Hotel & Lodging Association (AH&LA).
Read more

1 July 2015 — The 11th revised edition of the Uniform System of Accounts for the Lodging Industry (USALI) was published in the spring of 2014, with an implementation date of January 1, 2015. The responsibility for revising the USALI lies with the Financial Management Committee (FMC) of the American Hotel & Lodging Association (AHLA).
Read more