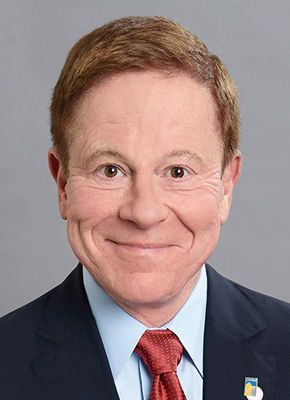 On August 18, 2015, the FCC announced a $750,000 civil penalty and formal Consent Decree with Smart City Holdings for blocking consumers' personal Wi-Fi access at various convention centers, meeting centers and hotels around the United States. Smart City is an internet and telecommunications provider for such facilities, and had been blocking personal mobile "hotspots" being used by convention and meeting attendees.

Apparently referring to the $80 daily fee charged by Smart City for use of its Wi-Fi at the events, Travis LeBlanc, Chief of the FCC's Enforcement Bureau said, "It is unacceptable for any company to charge consumers exorbitant fees to access the Internet while at the same time blocking them from using their own personal Wi-Fi hotspots to access the Internet."

The FCC Enforcement Chief went on to say, "All companies who seek to use technologies that block FCC-approved Wi-Fi connections are on notice that such practices are patently unlawful."

The FCC is focused on preventing Wi-Fi blocking

The FCC action in the Smart City case really emphasizes how serious the FCC is about stopping the practice of hotels and related facilities from blocking consumer hotspots in order to sell their own more expensive access to the internet.

Starting with high-profile investigation and settlement with Marriott International last year, the FCC has taken the following steps:

1. Marriott International. On October 3, 2014, the FCC demonstrated how important these issues are to the regulator by making an example of Marriott International's Wi-Fi blocking at the Gaylord Opryland. It imposed a $600,000 civil penalty, and has mentioned Marriott by name in its subsequent Enforcement Advisory, and press releases. See Marriott signs FCC Consent Decree and agrees to pay $600,000 civil penalty for Wi-Fi blocking.

2. FCC Website and Consumer hotline to report violations. The FCC set up a consumer hotline and reporting center with a toll free number and website. It was just such a consumer complaint that led to both the Marriott and the Smart City enforcement actions.

3. FCC Enforcement Advisory. On January 27, 2015, the FCC issued an Enforcement Advisory as a public notice. This advisory declared that Wi-Fi represents "an essential on-ramp" to the Internet, warned that blocking Wi-Fi is illegal, and that it violates Section 333 of the Communication Act.

After summarizing the enforcement action and $600,000 penalty imposed on Marriott in October 2014, the news release set out the following unambiguous warning for hotel owners and operators:

What is Prohibited? No hotel, convention center, or other commercial establishment or the network operator providing services at such establishments may intentionally block or disrupt personal Wi-Fi hot spots on such premises, including as part of an effort to force consumers to purchase access to the property owner's Wi-Fi network. Such action is illegal and violations could lead to the assessment of substantial monetary penalties.

In addition, we reiterate that Federal law prohibits the operation, marketing, or sale of any type of jamming equipment, including devices that interfere with Wi-Fi, cellular, or public safety communications.

The public notice also charges all members of the public to use the FCC's toll free hotline or website to report any suspected blocking of Wi-Fi. Click here for FCC Enforcement Advisory re WiFi blocking 1-27-15

4. Smart City press release and Consent Decree with $750,000 fine. It is notable that the FCC hit Smart City with a bigger civil penalty than the $600,000 penalty on Marriott. The higher fine, express language in the FCC releases and the strong language of the Enforcement Chief clearly demonstrate that the FCC has made blocking consumer Wi-Fi in hotels and conference centers a high priority for serious enforcement.

Jamming is a crime

As we pointed out a year ago when we discussed the FCC action against Marriott, it still looks like Marriott and Smart City got off easy with just civil penalties. Federal law provides severe penalties for jamming cell phones and Wi-Fi, including:

This is Jim Butler, author of www.HotelLawBlog.com and hotel lawyer, signing off. Why don't you give us a call (or send an email) and let us know what you working on? We would like to see if our experience might help you create value or avoid unnecessary pitfalls. Who's your hotel lawyer?