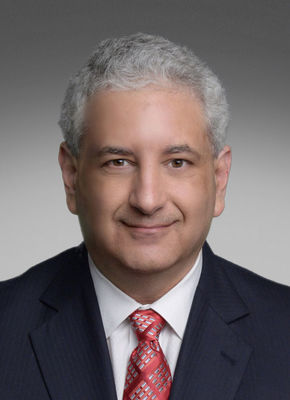 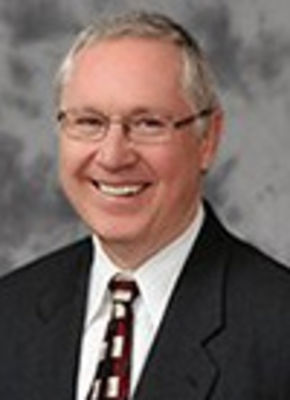 The 11th revised edition of the Uniform System of Accounts for the Lodging Industry (USALI) was published in the spring of 2014, with an implementation date of January 1, 2015. The responsibility for revising the USALI lies with the Financial Management Committee (FMC) of the American Hotel & Lodging Association (AHLA).

Throughout the implementation process, the FMC has received several questions from the worldwide lodging industry. To answer these questions, the FMC has created a Frequently Asked Questions (FAQ) document on the USALI resource portal page of the AH&LA Education Institute's website (www.ahlei.org/usali).

In an effort to assist hotel owners and operators with their implementation, the FMC presents a series of monthly articles that address some of the most frequently asked questions. Some of the topics to be discussed include gross versus net revenue reporting, service charges, the change from cover to customer counts, and mixed-ownership facilities.

For this month we present the results of a survey conducted by the FMC to gauge the degree of acceptance and implementation of the 11th edition of the USALI. The article was prepared by FMC committee members Christopher Garland and Robert Mandelbaum.

As stated by fellow committee member W. Peter Temling in the March 2015 article of this series, USALI updates are needed to, "keep pace with the ever-changing hospitality business environment." When deliberating the changes required for the 11th edition, FMC members reviewed the evolution of the lodging industry during the period 2006 (the publication date of the 10th edition) through 2014. Over these eight years hotel owners and operators saw some dramatic changes in the areas of technology, sustainability, globalization, cluster services, distribution channels, and statistical analysis. In turn, this required the introduction of a significant amount of new, or enhanced, guidance regarding the revenues and expenses influenced by these transformations.

In an effort to gauge the degree of acceptance, and implementation, of some of the more significant changes found in the 11th edition, the FMC conducted a survey in early 2015. Purchasers of the USALI document, along with members of the Hospitality Financial and Technology Professionals, were contacted. A total of 169 industry participants responded to the survey. Roughly half of the respondents were property-level Controllers or Directors of Finance. The remaining respondents were accounting or finance professionals at the property, regional, corporate level, or owners.

The change receiving the greatest level of agreement was the introduction of a new undistributed department for Information and Telecommunications. The survey respondents, like the FMC, believe that the technology is a significant expense that requires increased exposure, and today's systems cross over multiple departments making the allocation of these costs difficult.

The enhanced importance of revenue management has also had an influence on hotel operations that required a change in the reporting of this expense. Today's revenues are being tracked on the basis of the channel used to book the revenue. This was the leading influence behind the establishment of the new rooms revenue and demand segments, and the survey respondents agreed. The role of the revenue manager is also being viewed as a sales and marketing function by both the FMC and industry participants.

Strong agreement was also evident when evaluating the need for more equitable ADR and RevPAR comparisons. This was a driving factor behind the decision to move resorts fees, which previously were either other operated department revenues or rooms revenue, to miscellaneous revenue. Further, increased exposure of labor costs (the single largest expense for hotels) was viewed as a very favorable change.

The survey respondents were less decisive with the enhanced guidance provided for handling revenues and expenses at mixed-use properties, and the additional guidance on reporting foreign exchange gains and losses. These two items only apply to a small portion of the lodging industry, which helps to partially explain the relatively low ratings.

A third area that scored on the lower end of the acceptance scale was the change cover to customer in food and beverage. Although seemingly not popular, it now mirrors the statistics used by the restaurant industry in the Uniform System of Accounts for Restaurants (8th Edition) and will facilitate better comparisons.

While the survey respondents were fairly uniform in their acceptance of the major changes contained in the 11th edition of the USALI, the degree to which they had implemented the changes by January 1, 2015 varied to a greater degree. The best "full implementation" rate for any of the 13 changes addressed in this section was 61 percent (additional guidance on reporting surcharges and service charges). Of note is the fact that this was one of the more contentious discussions during the FMC deliberations.

Other changes that received a relatively high degree of full implementation were the enhanced reporting of salary and wage expenditures, along with the movement of the revenue management and catering sales functions to the Sales and Marketing Departments.

The three items that scored the lowest level of implementation can be attributed to the fact that these changes only impact small sub-sets of the lodging industry. These changes address mixed ownership, foreign exchange, and resort fees.

While there was great agreement for the need of a discrete Information and Telecommunications Department, only 45 percent of the survey respondents had fully implemented this change as of the beginning of the year. Historically, these costs were assigned, or allocated, among various departments. It appears to be a challenge to consolidate these technology related costs in one department.

Overall, the FMC is very pleased with the levels of acceptance and implementation of the 11th edition of the USALI. It was a challenge to reach a consensus given the diversity of the industry. Despite the great variety of property types, ownership and management structures, geographies, and price categories within the lodging industry, it does appear that there is commonality when it comes to day-to-day operations, and the proper way to account for revenues and expenses. The FMC is committed to continue to monitor the evolution of the industry in preparation for the next edition of the USALI.

Implementation of the11th Revised Edition of the Uniform System of Accounts for the Lodging Industry | By Agnes L. DeFranco and Raymond S. Schmidgall

27 August 2015 — The 11th revised edition of the Uniform System of Accounts for the Lodging Industry (USALI) was published in the spring of 2014, with an implementation date of January 1, 2015. The responsibility for revising the USALI lies with the Financial Management Committee (FMC) of the American Hotel & Lodging Association (AHLA).
Read more

Guidance on Financial Ratios and Operating Metrics in the Uniform System of Accounts for the Lodging Industry, 11th Revised Edition | By Agnes L. DeFranco

30 July 2015 — The 11 th revised edition of the Uniform System of Accounts for the Lodging Industry(USALI) was published in the spring of 2014, with an implementation date of January 1, 2015. The responsibility for revising the USALI lies with the Financial Management Committee (FMC) of the American Hotel & Lodging Association (AH&LA).
Read more

1 July 2015 — The 11th revised edition of the Uniform System of Accounts for the Lodging Industry (USALI) was published in the spring of 2014, with an implementation date of January 1, 2015. The responsibility for revising the USALI lies with the Financial Management Committee (FMC) of the American Hotel & Lodging Association (AHLA).
Read more

Uniform System Of Accounts For The Lodging Industry - A Historical Perspective | By W. Peter Temling

28 May 2015 — The first Uniform System of Accounts for the Lodging Industry – USALI - was published in 1926. Just think about this for a minute – in the fast-paced environment we live in today we hardly give any thought to what happened yesterday, let alone 88 years ago.
Read more

27 January 2016 — The Financial Management Committee (FMC) of the American Hotel and Lodging Association (AHLA) is focused on providing guidance on the financial and reporting impact of trending issues impacting the industry. As an example, the FMC has the responsibility to update the Uniform System of Accounts for the Lodging Industry[1] (USALI) and is periodically evaluating other trends and evolving metrics to determine if the financial implications warrant further study and comment.
Read more

Small, yet impactful, changes in the 11th edition of the Uniform System of Accounts for the lodging industry | By Ralph Miller and Robert Mandelbaum

24 November 2015 — The 11th Revised Edition of the USALI contains some significant changes that are very obvious to readers. Examples include the addition of a new Undistributed Department (Information and Telecommunications Systems), or the movement of Non-Operating Income out of Total Revenue.
Read more

27 October 2015 — Labor and related costs are the largest single expense items for hotel operations. The combined salaries, wages and benefits paid to employees averages close to 50 percent of total operating expenses. Further, the personal level of service offered by employees is an integral component of the hotel product and guest experience.
Read more

Christopher Garland is the Senior Vice President of Operations Finance with Four Seasons Hotels Limited. He serves on the AH&LA Financial Management Committee, where he is Chair of the Sub-committee for Financial Reporting, Analytics & Metrics and was one of the authors of the Uniform System of Accounts for the Lodging Industry 11th revised edition.