Just when we thought South Florida couldn’t get any hotter, it is. Miami-Dade, Broward and Palm Beach hotels are all celebrating record-breaking years in ADR, occupancy and RevPar, according to HVS Miami’s Kathy Conroy, MAI. 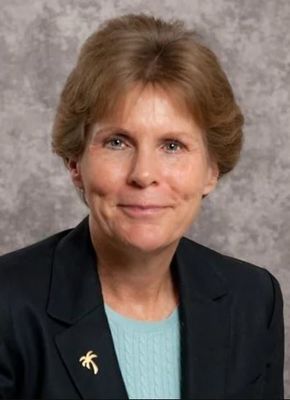 During the September 2015 HVS South Florida Hotel Market Connections (SFHMC) event, one message stood out loud and clear: just when we thought South Florida couldn't get any hotter, it is. Miami-Dade, Broward and Palm Beach hotels are all celebrating record-breaking years in ADR, occupancy and RevPar.

Foreign hotel investors, as well as brokers who attended the SFHMC were intrigued by the astonishingly robust data: annual occupancy for Miami-Dade and Broward counties in 2014 was just shy of 80%, which was 20% higher than the average for the USA. Hotel occupancy for Palm Beach County ended the year 14% greater than the average for the country. RevPar is not far behind; for the entire state of Florida, the 2014 RevPar was 17% greater than the $74 RevPar achieved by the U.S. hotel industry.

The U.S Lodging Industry is experiencing record breaking performance, as evidenced by year-over-year growth in occupancy, ADR, and RevPar. What places the South Florida hotel marketplace at the top of the charts is a combination of demand generators unique to the region: foreign visitors, the thriving cruise industry, and a key airport expansion.

Regarding foreign visitation, Florida welcomed 94.7 million visitors in 2014. More importantly, 1 out of 3 foreign visitors to the state, visit South Florida. This is one of the reasons why the Ft. Lauderdale airport is on the heels of an aggressive expansion plan. It welcomed 24.6 million passengers in 2014, only 2.2 million passengers less than New York's LaGuardia Airport. The cruise industry is a crucial contributor to the strong hospitality economy in the region. In 2014, a combined 8.9 million cruise passengers came through Port Everglades and Port Miami. No other cruise port region in the world comes close to this astronomical passenger count.

This strong demand growth has spurred new hotel development. Miami-Dade has a large infusion of rooms currently under construction. More than 50% of the 2,791 rooms in construction belong to the Upscale quality tier which includes brands such as the Marriott Courtyard, Hilton Garden Inn, and Hyatt Place, all of which offer a different price point for visitors looking for something other than a luxury hotel experience.

Broward County's consistent strengthening in demand since 2013 has resulted in a noticeable decrease in year round seasonality. Both new hotel supply currently under construction and in final planning stages represent 8.8% of the existing inventory, with the majority of this supply increase in the Upscale and Upper Midscale quality tiers. These supply increases are expected to be absorbed fairly quickly.

Palm Beach is also reflecting notable growth numbers. It has embraced a consistent annual growth in occupancy since the recession – with the Airport/Downtown area benefiting from occupancy rates of 83% (the highest of all the Palm Beach submarkets). What's most interesting about this county is the incoming room inventory. Rooms under construction denote a 4.4% increase to supply, which is spread among Upper Upscale, Upscale and Upper Midscale segments. Yet, more than half of this increase relates to the development of the Hilton hotel at the Palm Beach County Convention Center.

South Florida is an international gateway market long known as a center for business, tourism, and culture, all of which are correlated with lodging demand. Growth in these sectors has created new opportunities for hotel developers, investors and hospitality corporations in this unique and hot hotel market.

Kathy Conroy, MAI is a Senior Managing Director of HVS Miami and is also the firm's Practice Leader of Shared Ownership Consulting. She has been an active participant in the hotel and shared ownership industry for more than 30 years. Kathy has completed thousands of real-estate valuation and consulting assignments with a focus on hotels, motels, resorts, condo hotels, timeshare, fractional and private residence club projects, and hospitality-driven mixed-use real estate for clients throughout the United States and world.