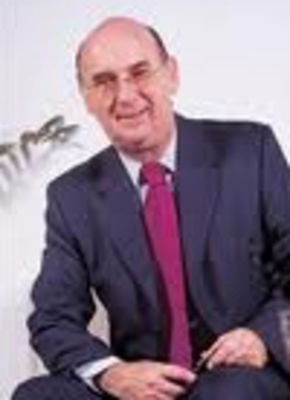 LIAT Airlines has been a vital factor in the commercial and tourism life blood of the Caribbean for decades. However, the company has now had three CEOs and two Acting CEOs in the last seven years, evidence of LIATs challenges.

Commentary on its unfathomable financial strategy, its lack of published accounts and its, arguably, unnecessary and hugely expensive fleet replacement is already well published. The perception over many years of poor operations management, ineffective marketing and gross over staffing has made the LIAT brand a liability, rather than an asset, in the international airline world. I will not add further here to the list of wo es.
Given the ongoing expansion of three competitor airlines in the Eastern Caribbean, it is possible that LIAT will soon succumb to private sector competition or, maybe, a merger can save it. In any event, one significant challenge remains for LIAT and its competitor Caribbean based airlines.

To quote David Evans, LIATs newly departed CEO, I can give you many examples of journeys around the region where the tax on the ticket is the same amount as the ticket. Evans continued, We will sell you a ticket for US$100 dollars in LIAT but you will actually pay US$200 for it because the other $100 will be tax. Thats an extreme example but by and large 40 to 50 per cent of all the tickets that we sell, that proportion is the amount of tax so thats a major issue.

The tax situation Evans refers to above is one of the more obvious examples of Caribbean governments targeting the stay-over visitor as part of their attempt to balance budgets in these continuing difficult economic circumstances. The various airline ticket taxes place a significant financial burden on business people travelling between the islands and on tourists from within and outside the region. The result is that the volume of Caribbean inter island air traffic has declined steeply over the last decade and the law of diminishing returns surely applies to the associated tax revenues.

A similar situation exists with Caribbean hotels, where several governments in the region have again increased hotel occupancy taxes, imposing a direct additional cost for those same stay-over visitors - business people and tourists. Hotel room taxes now average well over 10% across the Caribbean. Given the very high operating costs of hotels, particularly for smaller properties on the smaller islands, any additional occupancy tax cannot be absorbed within their room rates. The overall tax burden is part of the reason why there is a significant lack of re-investment in many Caribbean hotels with a consequent reduction in their level of competitiveness in an ever tougher global market place.

Under financial pressure, many governments have reduced their tourism boards destination marketing budgets, which also most directly impacts the smaller hotels and the smaller islands. By contrast, Sandals remains successful because of its high budget direct consumer marketing and its economies of scale, although even that company has had to implement some cost reduction strategies over recent years.

At the same time, on most Caribbean islands, hotels represent the largest percentage of private sector employers and, consequently, drive the largest part of income tax revenue and national insurance contributions. The hotel sector is also a significant generator of government revenue from import duties, corporation tax, property taxes and VAT (where applicable). Stay-over visitors spend significant amounts of money on hotels and restaurants revenue which is quickly and widely dispersed throughout an island economy. Many economists might argue that, as the largest earners of foreign currency in many islands, hotels should enjoy greater fiscal benefits as an export industry.

With justification, Caribbean governments will argue that they are under enormous pressure to balance budgets and need to increase tax revenues in order to provide an adequate standard of public sector services to their citizens. However, there is one obvious target where tax revenue could be increased from a sector of the tourism industry, other than the milk cow of the Caribbeans hotels and airlines.

That sector is the cruise line industry, which currently makes a much lesser direct economic contribution in most islands than the local hotels and airlines.

Cruise lines have transformed their business model in recent years larger, more cost efficient ships with more onboard facilities and lower ticket prices. These changes have resulted in 82% of the discretionary spend of a cruise ship passenger now being captured onboard. That change, combined with shorter stays in ports and lower budget passengers means that many cruise passengers avoid hiring a taxi ashore and they spend much less money in island shops, bars or restaurants. Over the last two decades cruise lines have increased their share of shore excursion prices from 10% to 50%, resulting in a further decrease in local island company revenue.

Through this transformation in their business model, cruise lines have become hugely more profitable, operating high occupancies on a year round basis winter in the Caribbeans high season, summer in Alaska or the Mediterranean. Cruise ships operate in a virtual no tax / low tax offshore financial environment with lower build costs and operating costs than an equivalent Caribbean resort. However, no Caribbean government in recent times has increased the level of port taxes on cruise ships.

The very low port taxes currently levied in the Caribbean total only 12 15% of the cruise ticket price and that percentage total is shared between the governments of all the islands visited on any particular cruise itinerary, say, 3% per port. Compare that low percentage with the 100% tax burden imposed on almost half of LIAT flight itineraries and the average 10%+ for hotel room taxes per night.

Three multi-billion dollar cruise line corporations own over 80% of the ships visiting Caribbean ports. They are tough negotiators and employ skilled public relations people. Every Caribbean government would need to come together, maybe through CARICOM, to negotiate higher port taxes but the cruise lines can afford to pay more. Ports in Alaska, New England, Canada and Bermuda have all negotiated higher rates in recent years. On New England / Canada cruise itineraries, port taxes can represent up to 33% of the cruise ticket price.
Today, around 60% of the worlds cruise ships spend the winter in the Caribbean. In spite of the cruise lines bluster, currently there is no alternative to the Caribbean for them - a winter cruising area with a high level of differentiated tourism infrastructure and port facilities, located close to North America and Western Europe, which are the major outbound cruise markets.

No sane person wants to see cruise ships leave the Caribbean but the cruise lines could, and should, make a greater contribution to Caribbean government tax revenues. A rebalancing of the tax burden would assist the Caribbeans own airlines and hotels to improve, expand and achieve a greater level of economic sustainability.

Robert MacLellan is Managing Director of MacLellan & Associates, the Caribbeans leading hospitality and tourism consultancy since 1997. He has a Masters Degree in International Hotel Management and previously held board level management positions at major companies in the hospitality, cruise line and property industries.